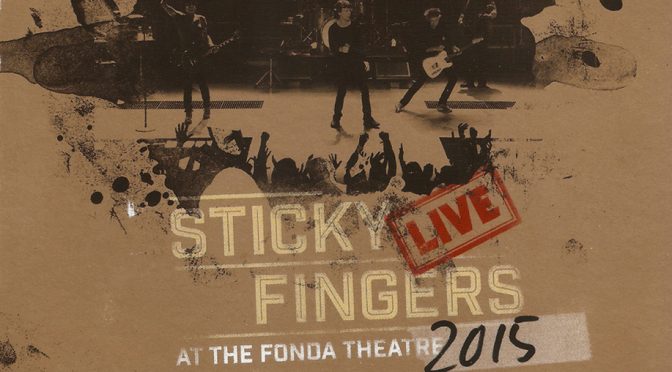 When the lads were on tour in 2015, they decided to perform an entire album in concert, and “Sticky Fingers Live At the Fonda Theater” documents this complete show — on both DVD and also a companion music CD. 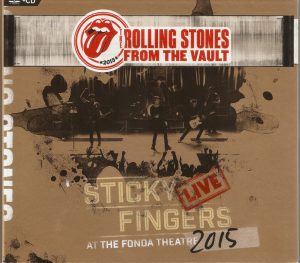 Released in 1971, “Sticky Fingers” is one of the best albums the Stones ever put out. It has “Brown Sugar,” “Wild Horses” and Bitch” on it. It’s also the one featuring a close-up picture of a man’s crotch, complete with a working zipper! Back when people bought records, this was a really cool gimmick. Andy Warhol designed the cover, and I had always assumed it was Mick Jagger’s junk bulging out. But as we learn in some behind-the-scenes interviews on the DVD, it was actually a picture of a male model. In the interviews, two different guys claim to be the crotch-man. The world will never know.

Anyway, fast-forward to 2015, and the Stones are still touring — and they decide to perform this whole album in one show. For me, it’s a real pleasure to see the Stones play these songs in a smaller venue. They don’t go in order of the track listing on the album itself, but they do perform ALL the songs. There are many different kinds of songs, from hard rockers to slow blues and even some country songs. Many of the tracks on “Sticky Fingers” are not ones they usually play live. Some of my favorites on this particular concert DVD/CD set are “Sister Morphine,” “I Got the Blues” and “Can’t You Hear Me Knocking.”

Before they play the Sticky Fingers songs, they open with “Start Me Up,” and at the end they throw in an encore that includes a rollicking version of the BB King song “Rock Me Baby” in which Mick plays harmonica.

This is one of the many offerings in the “From The Vault” series from the Stones.