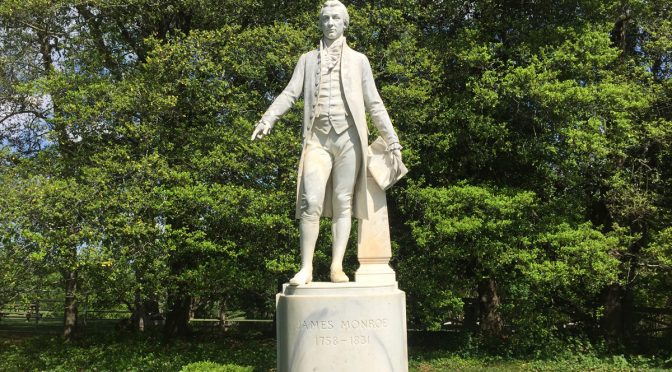 Just a few miles up the road from Monticello is James Monroe’s Highland, also known as Ash Lawn. I visited Tuesday afternoon after Monticello, taking a guided tour and walking around the property taking pictures.

The site is owned and operated by William & Mary University. Official website here. Monroe spent only part of his life here and the main house no longer stands, however the tour was immensely informative and it was well worth the trip.

Click any of the pictures to see them bigger: 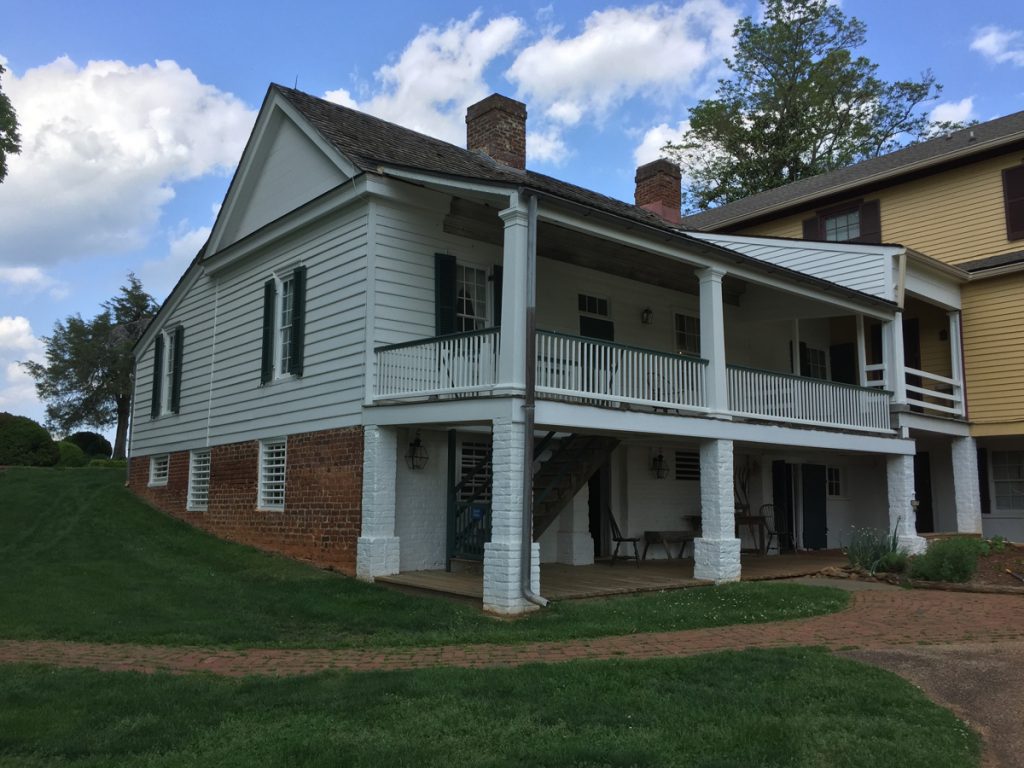 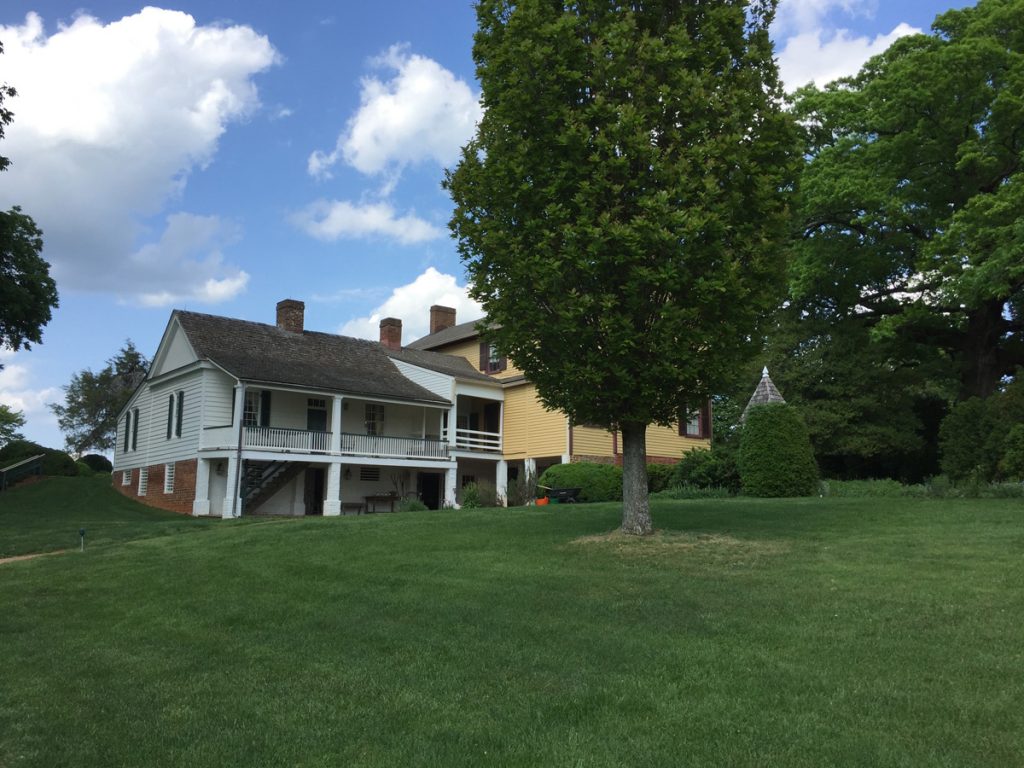 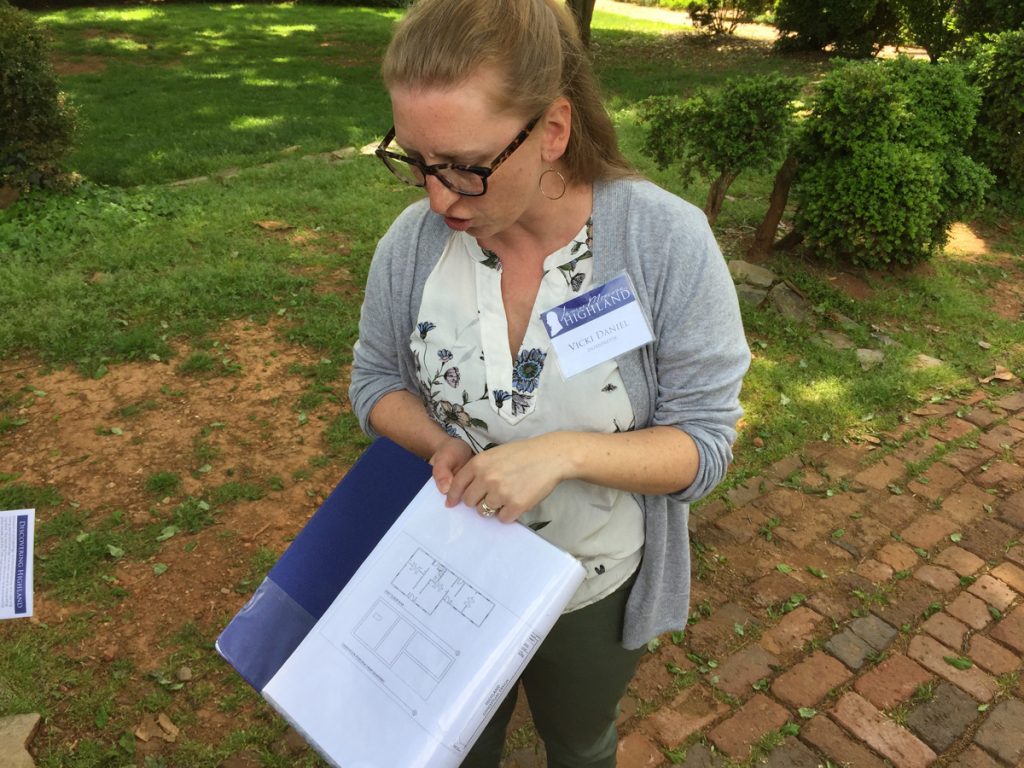 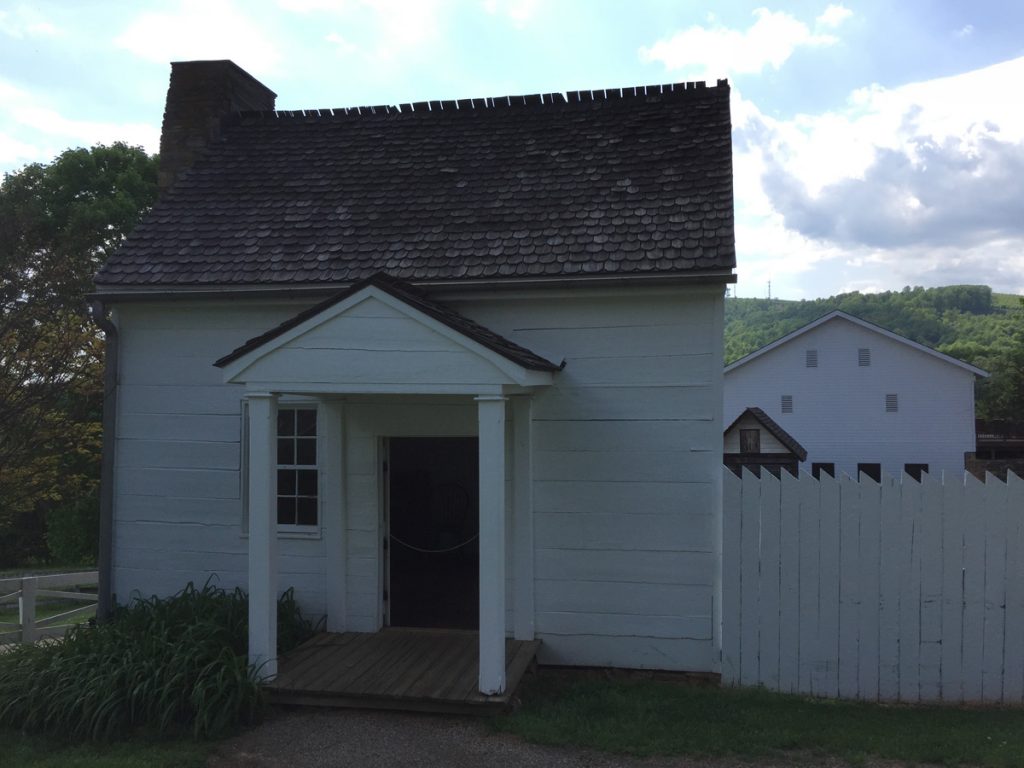 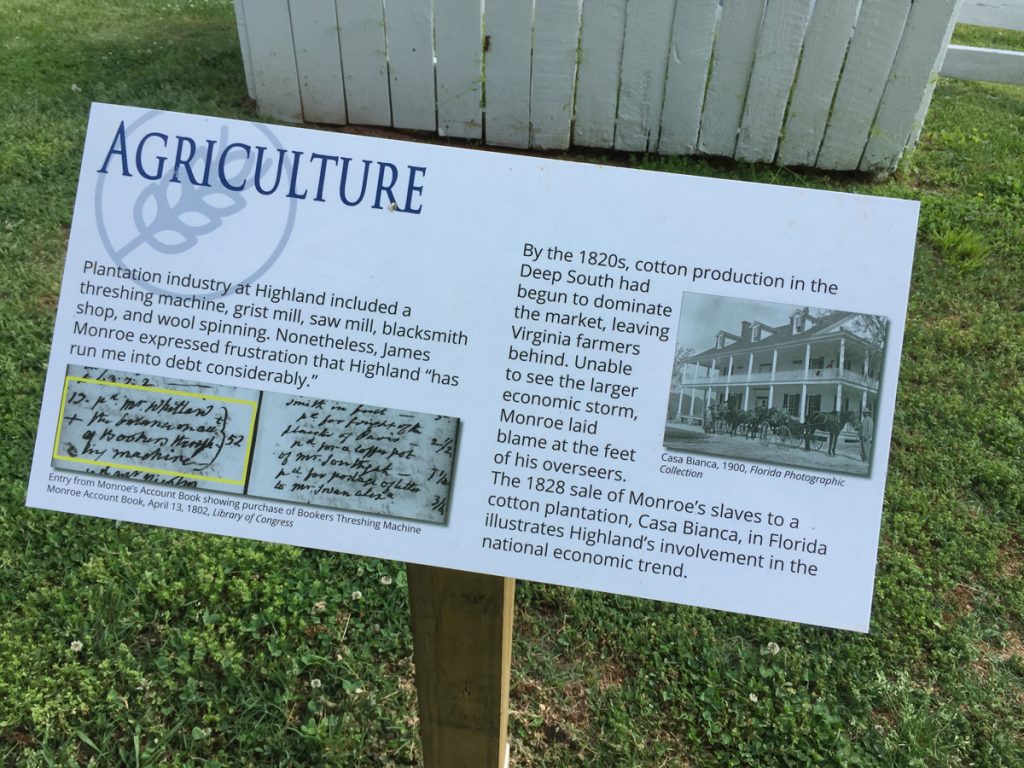 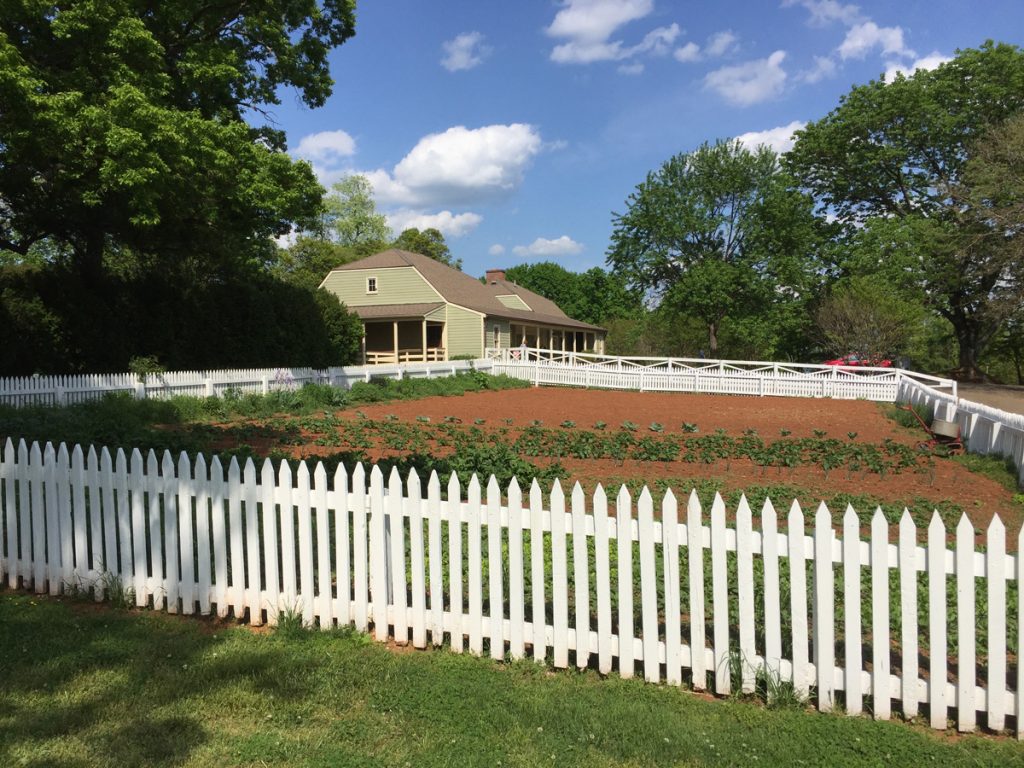 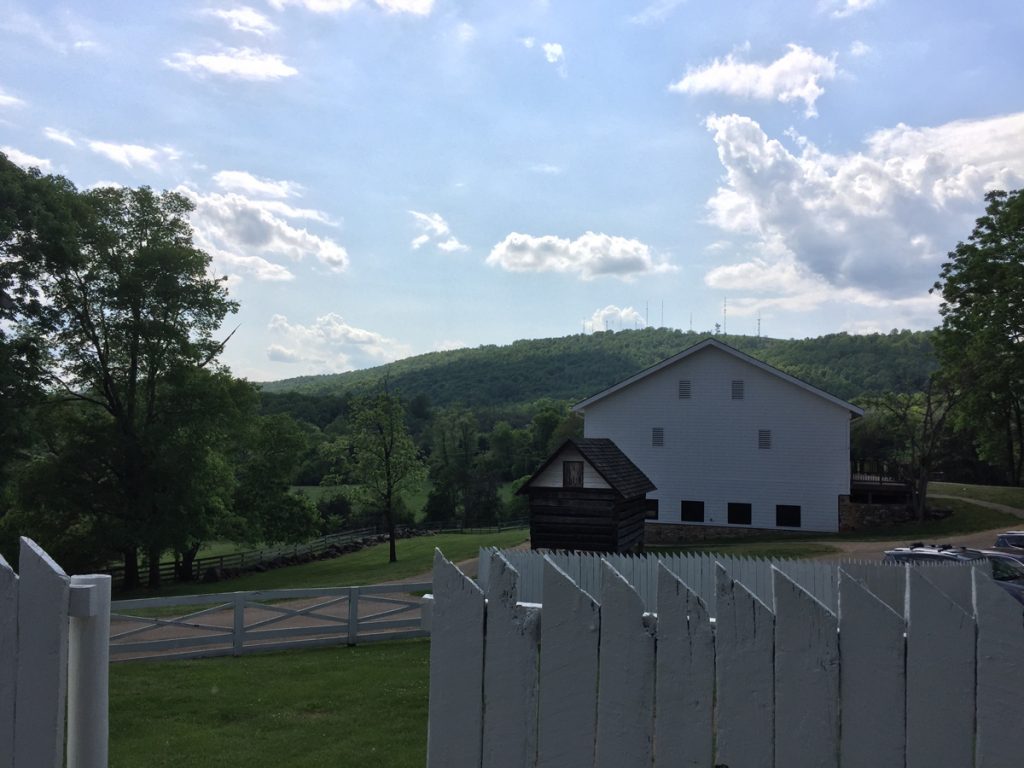 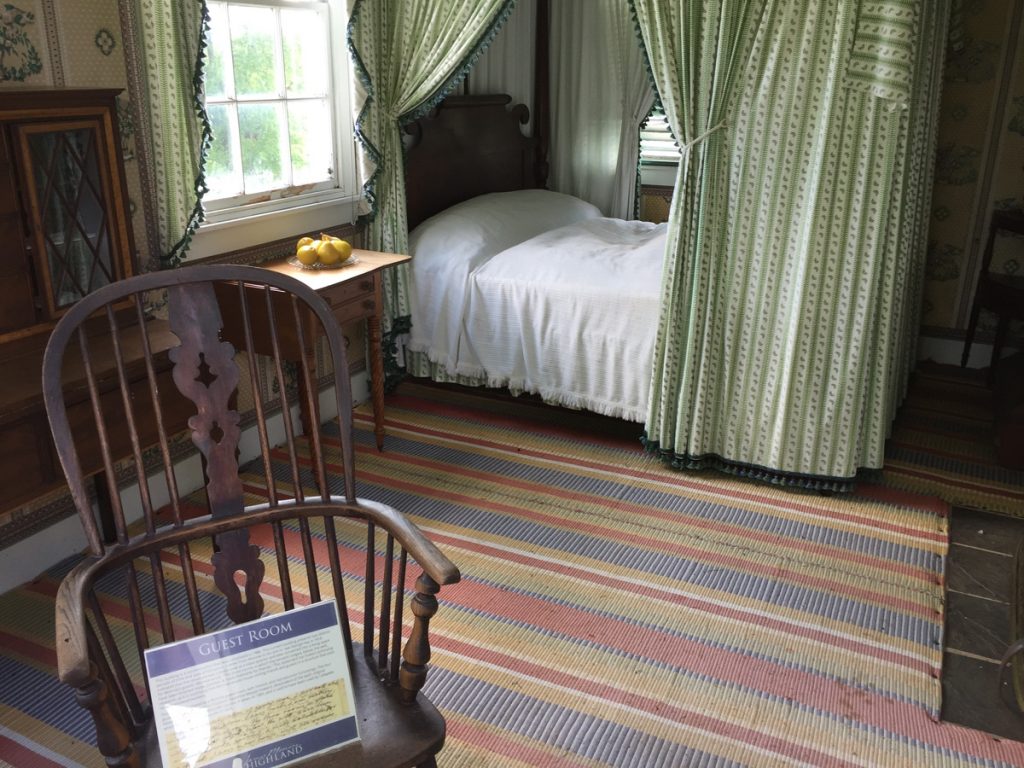 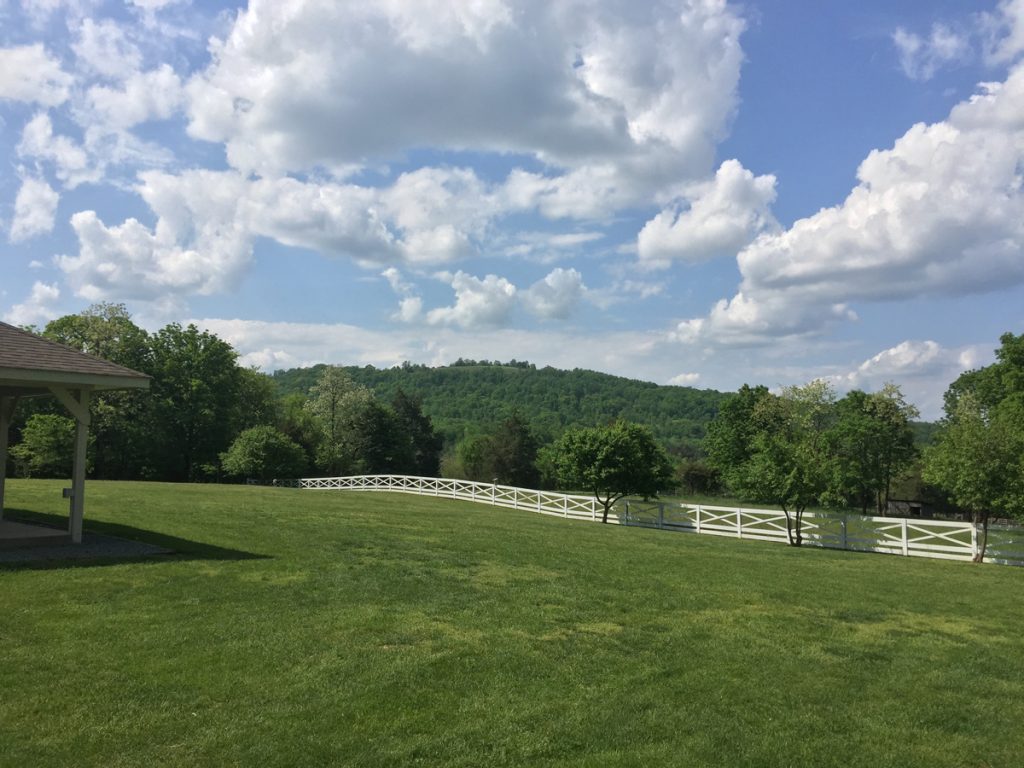 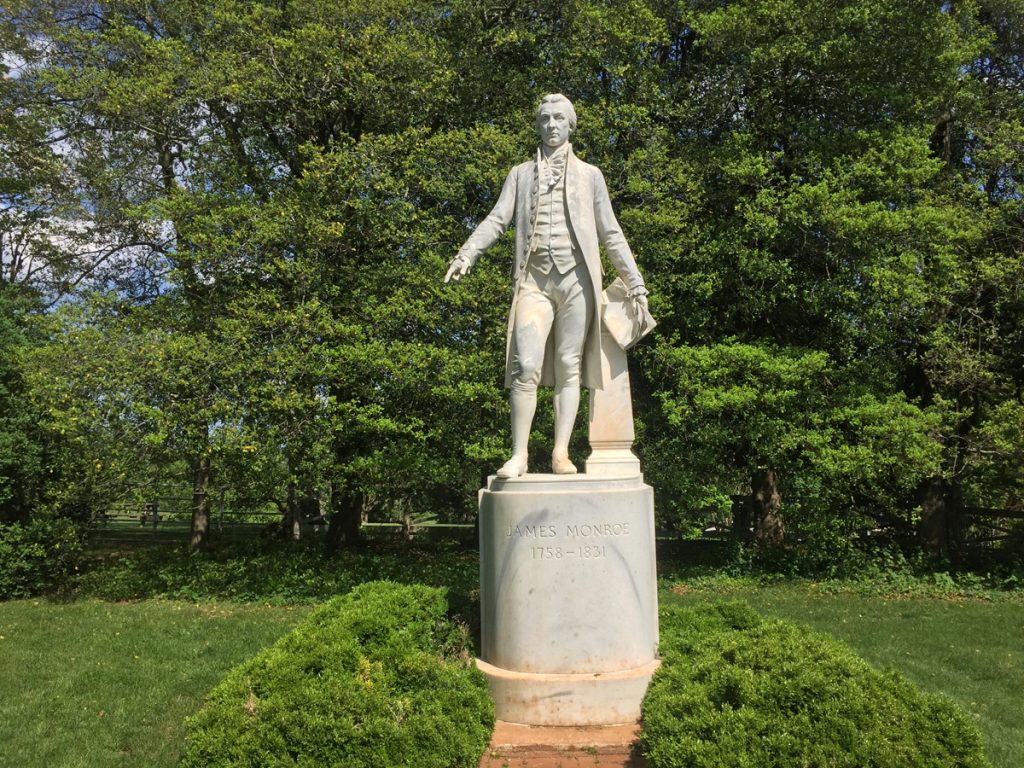 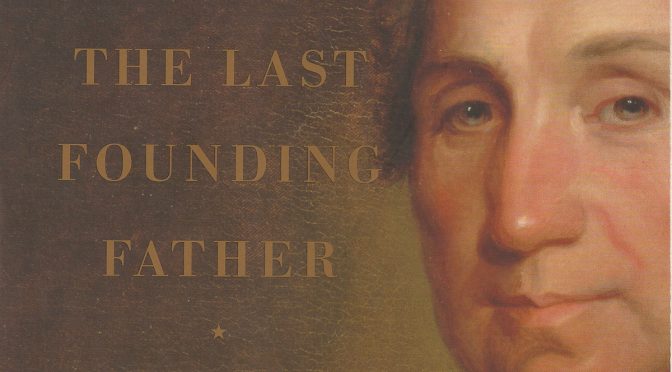 Binge reading continues with James Monroe. Fifth president. Two terms. Served as an officer in the Revolutionary War under Washington. Became governor of Virginia and ambassador to France, Spain and England. Negotiated the Louisiana Purchase between the United States and Napoleon, thereby doubling the size of our country. Secretary of state under Madison and became acting secretary of war during the War of 1812 against the British.

As president, he worked closely with his secretary of state John Quincy Adams and general Andrew Jackson to wrest control of Florida and the Oregon Territory from Spain, thereby establishing territorial security for the nation. His most lasting achievement was delivering the Monroe Doctrine during his seventh annual address to congress, which declared the entire Western Hemisphere off limits to future colonization by European countries. 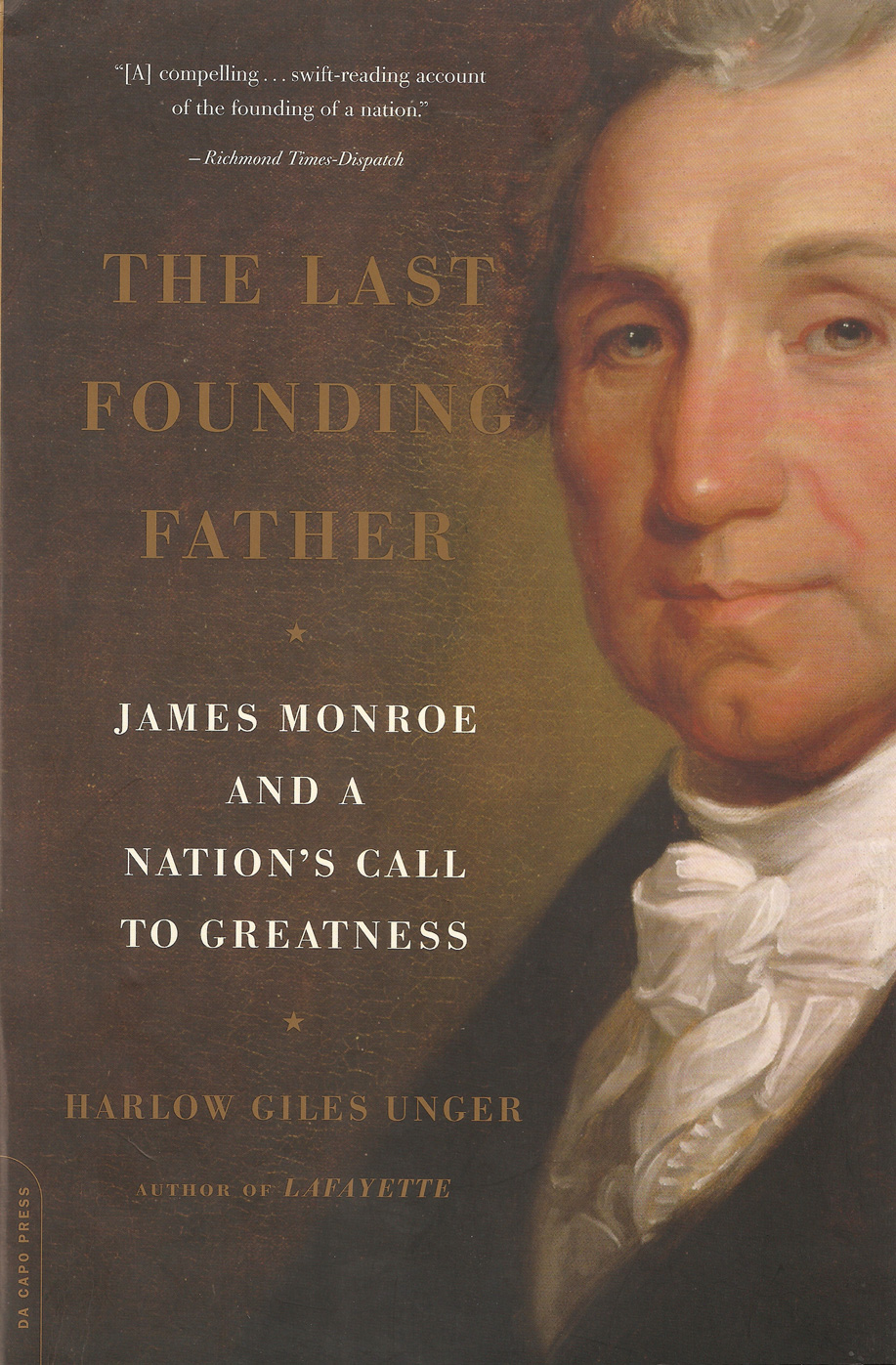 As presidential biographies go, I found “The Last Founding Father” by Harlow Giles Unger to be well-written and easy to read, complete with maps. It was a bit skimpy in parts, but I feel it hit all the main points. On to No. 6.