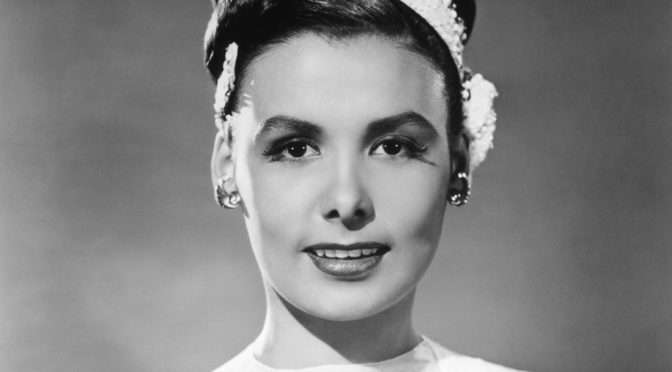 If you happen to have the soundtrack to the 1994 film “The Adventures of Priscilla, Queen of the Desert,” then play Track 8, “A Fine Romance,” in which the singer laments being in a relationship with a partner who does not reciprocate in the physical affection department. It’s a snappy little song with clever lyrics that are made even more interesting by the way they are delivered, by the one-and-only Lena Horne. She’s completely in command, and the orchestra sounds fantastic. It’s one of hundreds of songs this wonderful singer recorded over many decades.

Lena Horne had a long career in Hollywood movies, on the Broadway stage, on television, as a performer in nightclubs, and as a recording artist. She was not the first black actress to appear on the big screen, but she was the first to be given the Hollywood glamour treatment. She was definitely a groundbreaker. Sadly, racism touched just about every aspect of her life and work.

Lena Horne was born in Brooklyn to a large, privileged family that was presided over by her maternal grandmother. But when Lena was very young her mother, an aspiring singer and actress, took her away to travel with her as she sought work as a performer. Her mother often left young Lena to live for weeks or months at a time with various friends and relatives. It must have been difficult for such a young girl.

When she was still in her teens Horne got a job performing in the chorus at the Cotton Club, up in Harlem. All the performers were black, and all the patrons were white. The black performers had to come in the back door, and if black relatives of the performers came to see the show they had to sit at a “family table,” which was of course in the back next to the kitchen. 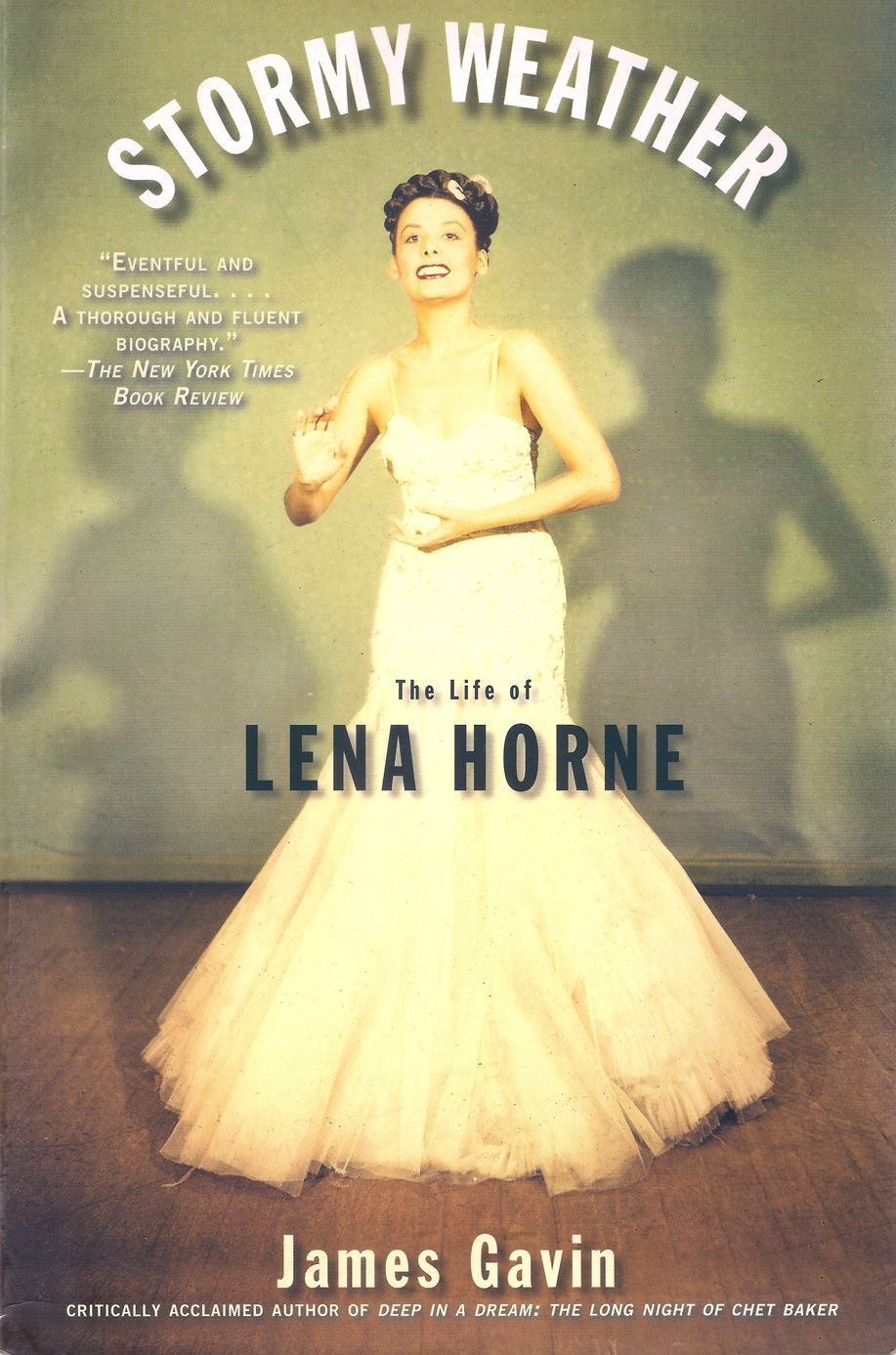 From there Horne went on tour with a traveling orchestra and eventually went out to L.A. and performed at the Café Trocadero. Soon after, with the help of Walter White of the NAACP, she signed a contract at MGM to appear in movies. This was a big deal back then, because it was the Golden Age of Hollywood and the major studios were at the peak of their creative output. White wanted to use Horne to help improve the image of black people in movies, promising that she would never have to play a maid. But to Horne’s disappointment she was not destined to be a big star with leading roles. She appeared in about a dozen films for MGM, mostly in the 1940s. She could be given one song to perform that had nothing to do with the plot. This made it possible for her appearance in a movie to be edited out when it was shown in the racist South.

Eventually Horne stopped making movies and instead developed her nightclub act. She got really good, too, performing in some of the best rooms, including the Sands in Las Vegas and the Waldorf-Astoria in New York. She recorded live albums at these venues that were commercially successful. She also recorded dozens of studio albums, and while those were not always commercially successful, they were almost always artistically successful. She had learned to put emotion into her songs. It’s just a hunch on my part, but I’m thinking that in the recording studio many years after she left Hollywood and she was singing “A Fine Romance,” she was not lamenting a lover but rather her experience at MGM. She was hoping for fireworks but instead got bottle rockets.

In the 1960s Horne got involved in the civil rights movement. The new president, John F. Kennedy, was dragging his feet on helping Americans who were black, and leaders from the NAACP and other groups began holding the administration’s feet to the fire. They demanded a sit-down, and Horne participated in a meeting in New York City with black activists and Attorney General Bobby Kennedy. She also traveled to Jackson, Mississippi, where she met Medgar Evers and participated in a rally organized by the civil rights leader. On this trip she also met with a group of black children who were learning how to defend themselves against beatings by racist cops, and she sang at a church concert. Less than a week later Horne was waiting in the ABC studios, about to go on the “Today” show with Hugh Downs, when she learned, just moments before airtime, that Evers had been murdered. It was difficult for her to keep her composure.

Horne also took part in the March on Washington in 1963, when Martin Luther King Jr. gave his memorable speech. Horne did not give a speech herself, but she did go to the microphone to shout the word “Freedom!” so that marchers knew that she was there.

Also during the 1950s, ’60s and ’70s, Horne appeared on various television shows, including “The Ed Sullivan Show,” “The Judy Garland Show,” “The Muppet Show” and “Sesame Street.” She returned to the big screen in 1978, in “The Wiz,” playing Glinda. And she continued to record many albums.

I learned all this reading “Stormy Weather: The Life of Lena Horne,” an all-encompassing, 500-page biography by the author and journalist James Gavin, who has written many highly regarded books, including one on Chet Baker and another on the history of New York’s cabaret scene. I happen to be personally acquainted with the author. We’ve stayed at the same house at Fire Island. His knowledge about 20th Century popular American music is unrivaled by anyone I’ve ever met. He’s the kind of person who has never walked or driven past a record store without going inside. His music collection is legendary. For me it was great fun to read about Lena Horne in a book written by someone I know! He patiently and graciously answered many questions I had.

For me, some of the highlights of the book included the author’s description of what the Cotton Club was like. He also describes aspects of the studio system that existed in Hollywood back in that era, and he includes in-depth details such as what type of makeup was used on Horne’s complexion for filming. He leaves nothing out. The book includes a number of really nice photographs of Lena Horne taken throughout her life. In most of the pictures, at least to my eye, she looks like she is having a good time, especially when she is with her daughter, Gail.

The author also includes a discography and a filmography at the back. I found myself flipping back and forth quite a bit. Several times I found myself looking up scenes from some of the movies in which Horne appeared on YouTube. And more than once I ordered some of her albums from Amazon. When playing one of these CDs, a Collectibles version of “At the Waldorf Astoria” and “At the Sands,” which were recorded in front of her live audience (of mostly rich white people), I can literally hear the emotions described by the author in her voice. For anyone who is a fan of Lena Horne or who would simply like to learn more about this important American artist, I can’t recommend this book enough.

Here are some additional notes from this excellent biography:

In the early 1980s Horne did a one-women Broadway show, “Lena Horne: The Lady and Her Music,” which was a big hit. As the author explains, this was her version of her story, told the way she wanted to tell it, which was not 100 percent accurate in all aspects. But the audiences loved it, and Horne took the show on tour and also filmed it for TV. It turned into a “victory lap” of sorts, allowing her to put a nice exclamation mark on her long career as an entertainer. At the 1981 Tony Awards ceremony she received a special award for her show and then performed “Believe in Yourself,” her song from “The Wiz.” This is easy to find on YouTube. It’s a powerful performance that brings a tear to my eye no matter how many times I watch the clip.

Lena Horne took me away from the U.S. presidents for a while, but I sure am glad I took the time to read about her. What a remarkable life she had. Speaking of the presidents, she lived long enough to see Barack Obama elected!