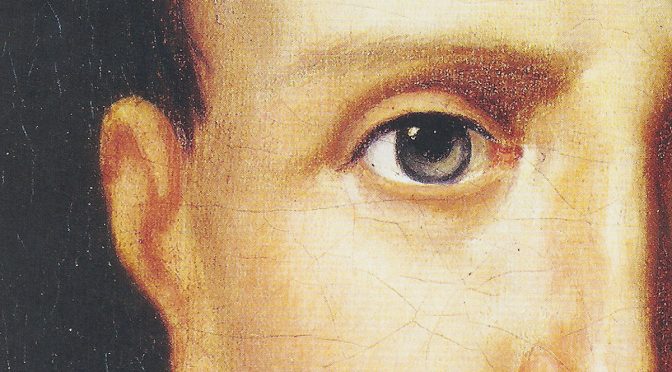 Reading about Napoleon makes me appreciate George Washington even more. And James Madison! It was not long after the United States Constitution had been ratified and Washington inaugurated as our first President that the French people took matters into their own hands. The French Revolution was long, complicated and violent, and it’s hard to comprehend even today. The Jacobins and Girondins fought one another. The French overthrew their Bourbon King, Louis XVI, who incidentally had not long before supported the American Revolution by sending us money, ships and troops! King Louis XVI and Queen Marie Antoinette eventually lost their heads to the guillotine, and later a “Committee on Public Safety” controlled by Maximilien Robespierre took over. There was a “Reign of Terror” in which political enemies were beheaded left and right. Eventually Robespierre himself was beheaded, and a five-person “Directory” took over. 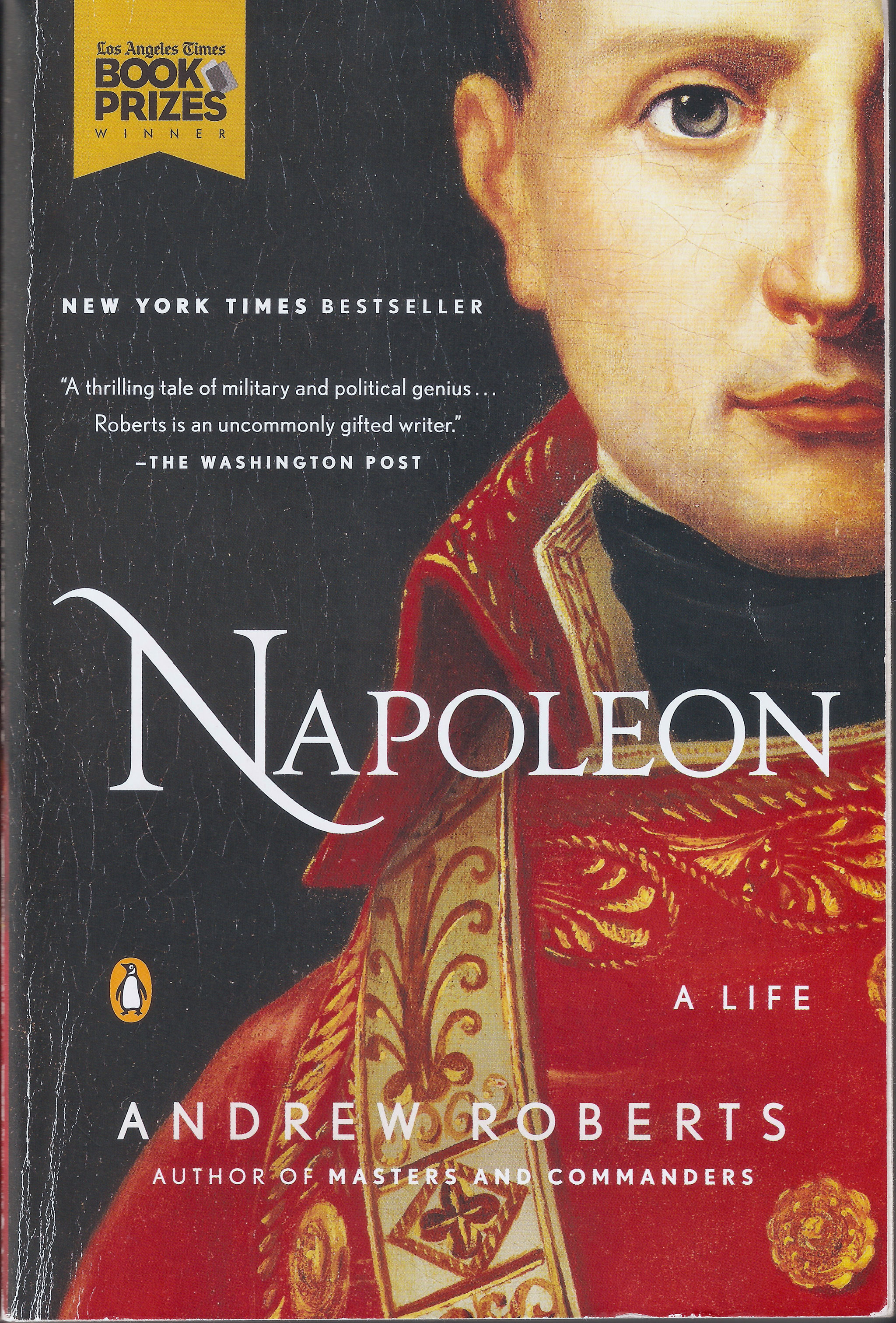 It was in the middle of all this chaos that Napoleon came to power. He eventually declared himself Emperor and conquered most of continental Europe. He even held a coronation in Notre Dame Cathedral, in which he crowned himself and his wife, Josephine, in the presence of the Pope. Along the way he wrote laws called the Civil Code or Napoleonic Code, established a school system, supported the arts and directed large public works projects. He also was a brilliant military commander, whose troop movements and strategies changed forever the manner in which battles were waged and won. Napoleon’s battles would be studied at West Point for generations, including by Robert E. Lee, Ulysses S. Grant and many others.

Napoleon, who had been trained in artillery, started out early in his military career by invading what is today northern Italy. He then led an army through Egypt and Syria, returning to Paris to help stage a coup in which a three-person “Consulate” took over. But Napoleon controlled everything, and by 1804 he got powerful enough to crown himself Emperor. Europe’s other “crowned heads” frowned on this because they feared they could be overthrown themselves. They formed alliances against him and the wars continued. Napoleon racked up wins all over the place, bringing his reforms and his civil code with him wherever he went.

But he also made mistakes. His invasion of Spain did not go well, meeting with much resistance. His biggest blunder was to invade Russia. He brought 400,000 troops all the way to Moscow, only to have it burned down by the locals before he could do anything there. He was forced to turn back just as a brutally cold winter was beginning. Most of his soldiers died of starvation, disease or frostbite. By the end of the Russian campaign, his army was down to just 40,000. It would be the beginning of the end for Napoleon. (More on his demise in a moment.)

The Bonaparte family tree is broad and complex. Napoleon had seven brothers and sisters. He was second oldest. As he conquered more and more of Europe, he named his siblings and their husbands and wives to rule as sovereigns of the various kingdoms. He named Joseph, his older brother, King of Naples and King of Spain. He made younger brother Louis the King of Holland. Lucien became Prince of Canino, Jerome King of Westphalia. He made his sister Caroline and husband the Queen and King of Naples, and so on.

In 1796 Napoleon married Josephine, a widow who had two children, Eugene and Hortense. Immediately after their marriage, Napoleon went away to war and Josephine cheated on him. He had been sending her a bunch of sappy love letters, but when he found out about his wife’s infidelity he began cheating on her. Napoleon took many mistresses over the years, often paying them large sums of money. He fathered illegitimate children with at least two of the women.

As the years went by and Josephine did not bear Napoleon any children, he decided he needed to divorce her. He asked Tsar Alexander to let him have his younger sister but the Russian ruler said no, so he married Marie Louise, who was the daughter of the Emperor of Austria. Marie Louise bore Napoleon a single child, a son, Napoleon II, also known as the “King of Rome,” who died at age 21. Marie Louise would later cheat on Napoleon with an Austrian general.

Napoleon liked to arrange marriages of his relatives and close associates. He got his brother Louis to marry Josephine’s daughter, Hortense, and they had three children, including Napoleon III, (Napoleon’s nephew, also his step-grandson!) who would later become Emperor of France.

Here are a few additional facts about Napoleon:

After his disastrous invasion of Russia Napoleon was more vulnerable than ever, and a “Sixth Coalition” including Russia, Prussia, Austria and Great Britain united to fight him in what is today Germany. Napoleon won in Dresden but was defeated in Leipzig. The “Allies” offered Napoleon peace terms that would have allowed him to stay in power but give up most of the territory France had conquered. When Napoleon refused the deal, the Allies tightened the screws by invading France and occupying Paris. They forced Napoleon to abdicate and leave France, but they let him become king of the somewhat small, somewhat remote island of Elba — located in the Mediterranean off the coast of Italy. This was Napoleon’s first exile. Before being sent away, Napoleon attempted suicide by taking poison but survived.

Napoleon was on Elba for less than a year, during which time he instituted a number of reforms and public improvements there. Meanwhile, back in Paris, Louis XVIII became king. Remember the Bourbon king Louis XVI and his wife, Marie Antoinette, who had been beheaded during the French Revolution? Their surviving relatives — the Bourbon family — had been hiding in exile all this time! Louis XVI’s son (that’s the Dauphin in Mark Twain’s Adventures of Huckleberry Finn), who would have been King Louis XVII, had died during Napoleon’s reign, and therefore Louis XVIII, who was Louis XVI’s brother, took charge. But he wasn’t much of a leader and made a number of blunders that resulted in taxes and food prices going up. Stupidly, he also put the military on half-pay.

Sensing an opportunity, Napoleon escaped from Elba by boat, landing on the southern coast of France near Cannes (where the film festival is held today). Napoleon had a small band of troops with him, but as he traveled north through France he picked up more and more troops and momentum. By the time he got back to Paris, Louis XVIII and the rest of the Bourbons had run away again, allowing Napoleon to re-form a government, and raise yet another army to go against the Allies — now known as the Seventh Coalition, made up of Austria, Russia, Prussia and Britain. The fighting that resulted culminated in the battle of Waterloo, in what is today Belgium. This period came to be known as the “Hundred Days.” After his defeat at Waterloo, Napoleon returned briefly to Paris before fleeing to the western coast of France, where he sought asylum aboard a British warship.

Napoleon wanted to go to the United States or even to London, but the British decided to send him to the island of St. Helena in the middle of the Atlantic — much smaller and much more remote than Elba. This was Napoleon’s second exile. He was allowed to take a small number of followers with him to St. Helena, including a pastry chef and a lamp-lighter. But Longwood House, where he was to reside, was damp and dreary and was infested with rats and mosquitoes. The British named a custodian to watch over him, someone who was unnecessarily mean. Napoleon died six years later of stomach cancer. In 1840 his body was brought back to Paris and entombed in an elaborate monument.

I learned so much reading “Napoleon: A Life,” the 810-page biography by Andrew Roberts. Published in 2014, this book is complete with helpful maps and beautiful color images. I read the paperback edition. I very much enjoyed this book. The author, a British historian, drew on a recently compiled collection of 33,000 letters and referred to tremendous amounts of other source material. The tome is divided into three parts: Rise, Mastery and Denouement.

Back to George Washington. The biography “His Excellency” by Joseph Ellis had me crying on just about every page, but I did not shed a single tear for Napoleon. Washington had been as popular in America as Napoleon was in France, and had he wanted to Washington could have ruled in a similar manner here. But Washington was a bigger man by giving up power and going back to his farm. Another gift Washington gave us was the policy of neutrality when it came to international affairs. Around the time of the French Revolution, many here in America wanted us to go to war with France against Britain. What a horrible error that would have been. I also came to appreciate the wisdom of James Madison and the other Founding Fathers, who wrote a constitution for our own country complete with separation of powers, checks and balances and provisions for peaceful transition of government from one administration to another.

For the past two years almost, I have been reading biographies of the U.S. presidents, but I wanted to take a detour and read about Napoleon. I’m glad I did. I noticed this book while looking through the biography section at Barnes and Noble, and it caught my eye. Learning Napoleon’s story has enhanced my appreciation of our nation’s founders.