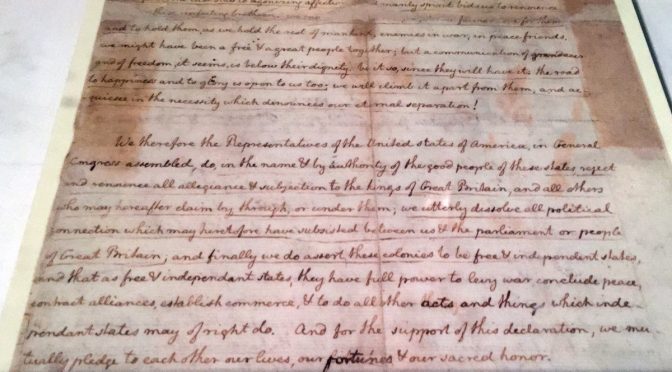 Today after work I visited the New York Public Library, where an original manuscript of the Declaration of Independence was on display. This is a rare, handwritten copy in Thomas Jefferson’s own hand, one of only four in existence. Congress had removed passages from the original proposed text condemning the slave trade, and Jefferson wanted to preserve his original version. So, after the Declaration was adopted on July 4, 1776, Jefferson hand wrote several copies to send to some of his friends. These documents, part of the library’s permanent collection, are so priceless that they are only on display two days each year. I waited in line for two hours to just view and to take these pictures — which I color-corrected in Photoshop, as the lighting inside was dimmed. 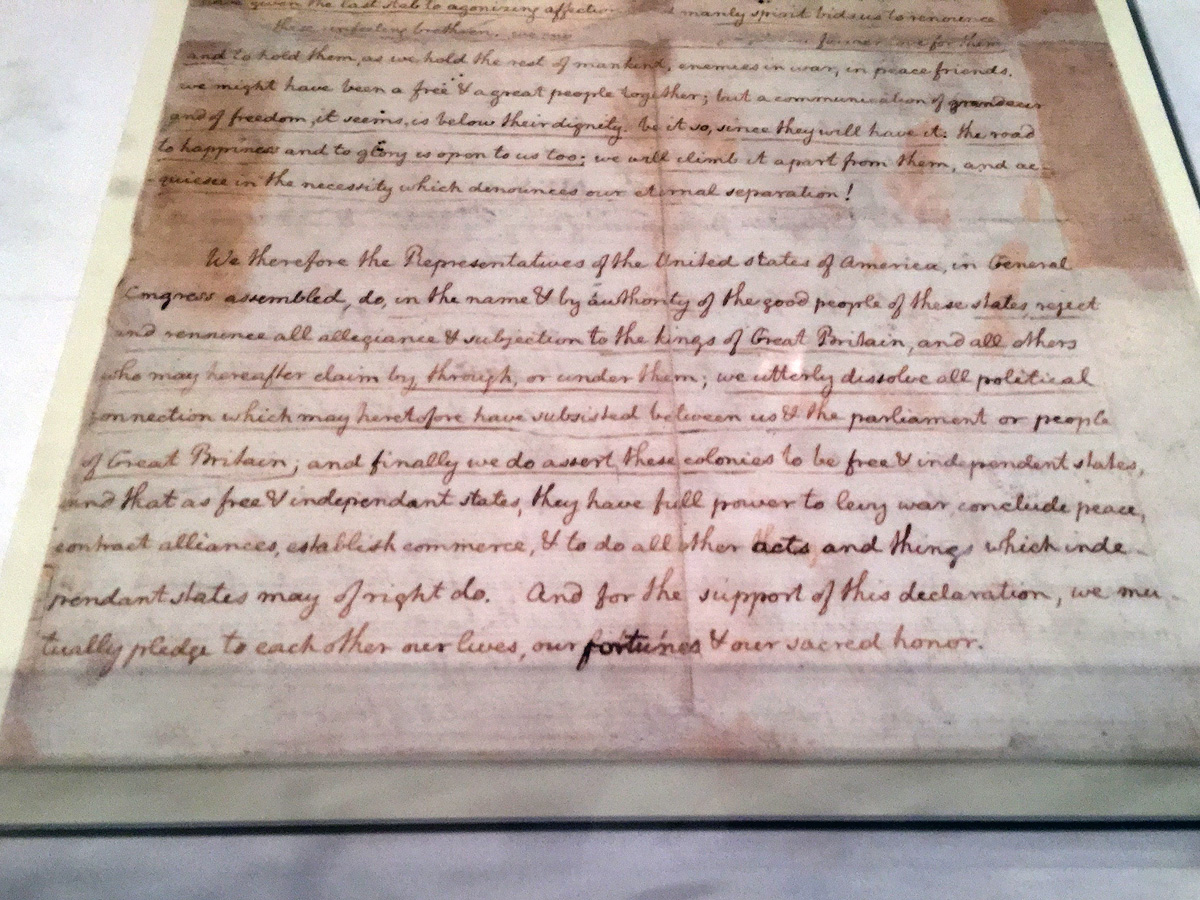 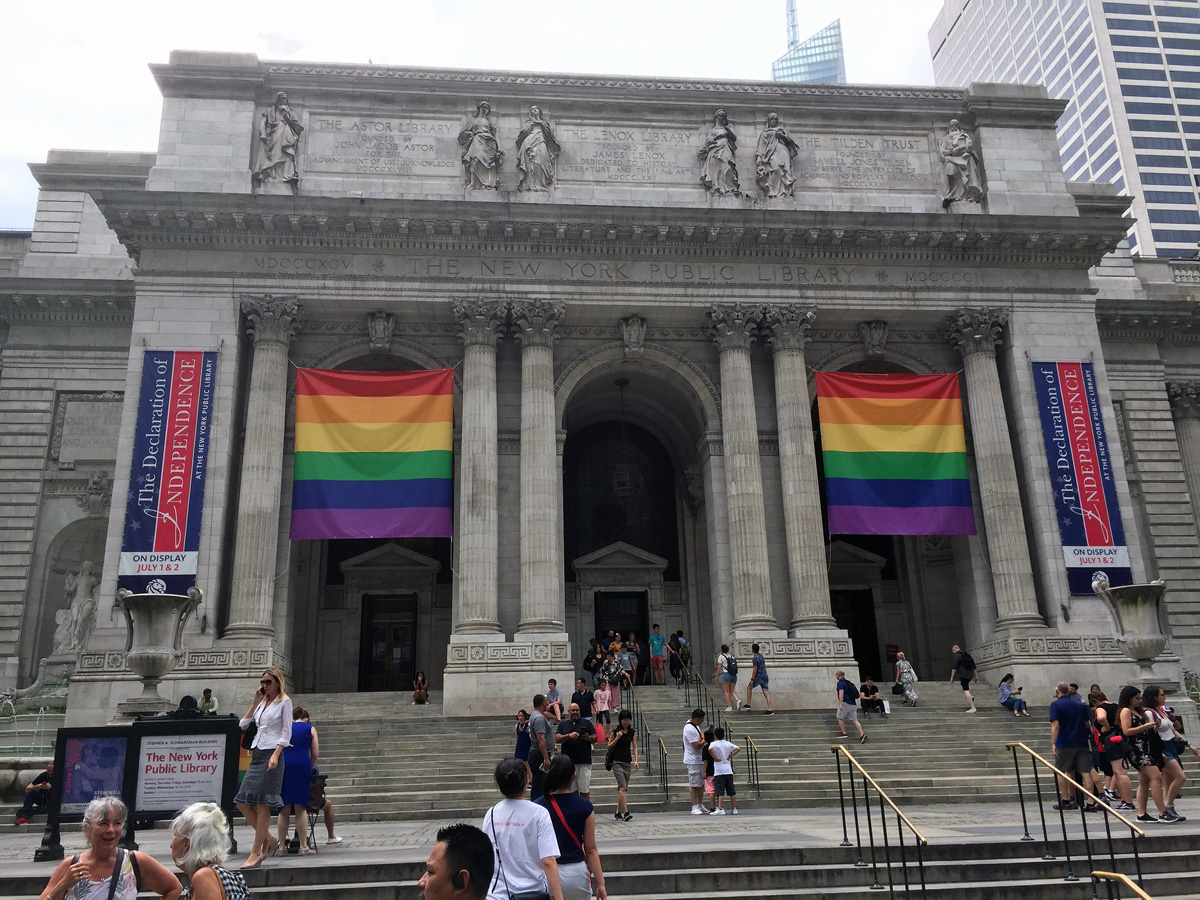 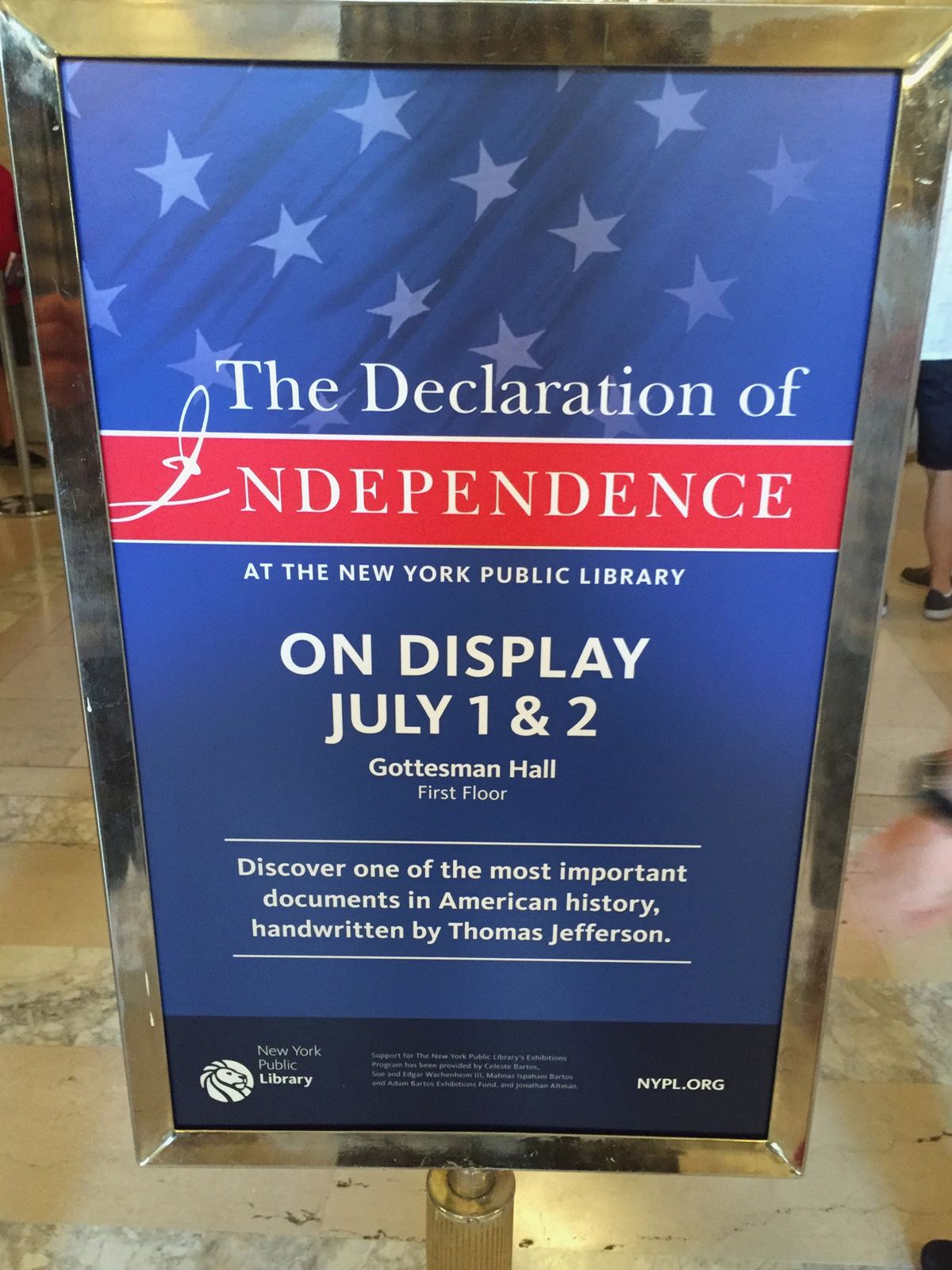 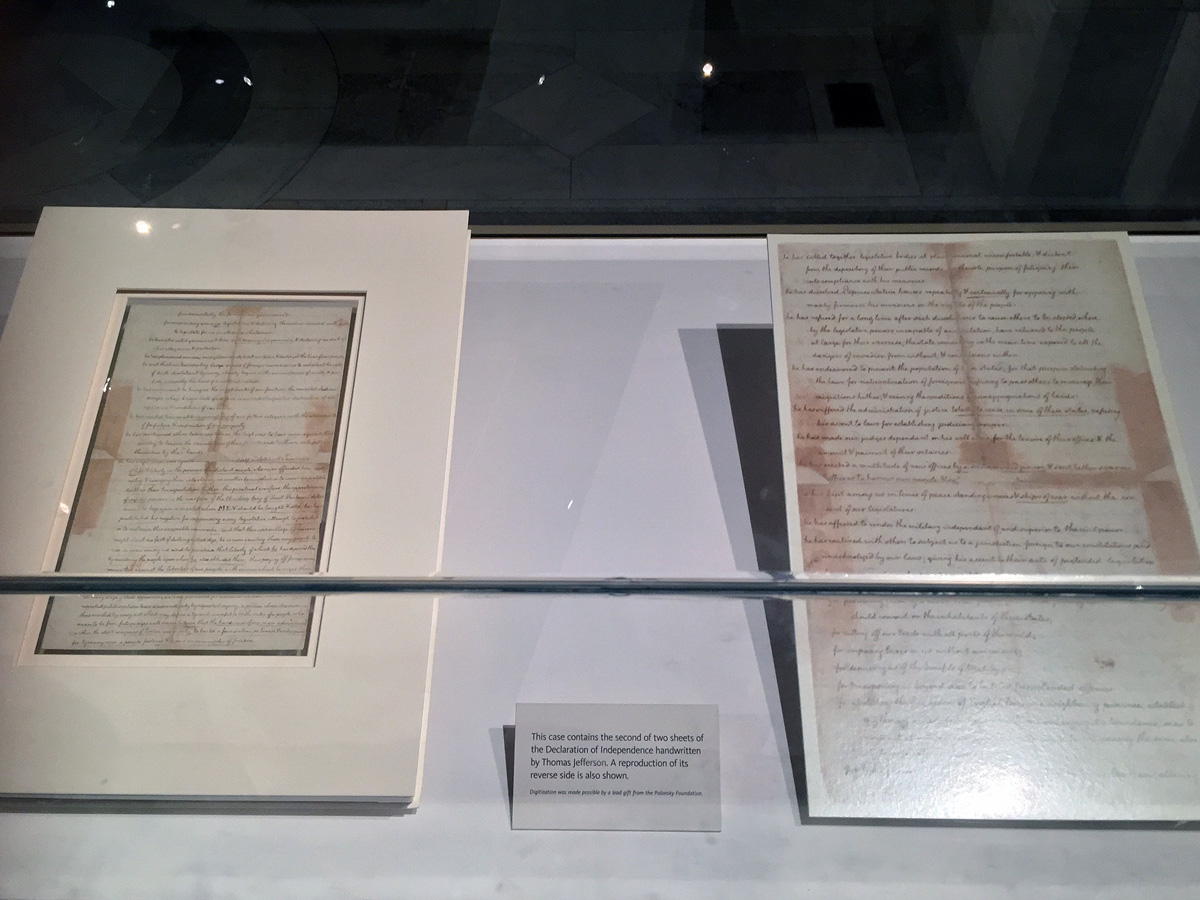 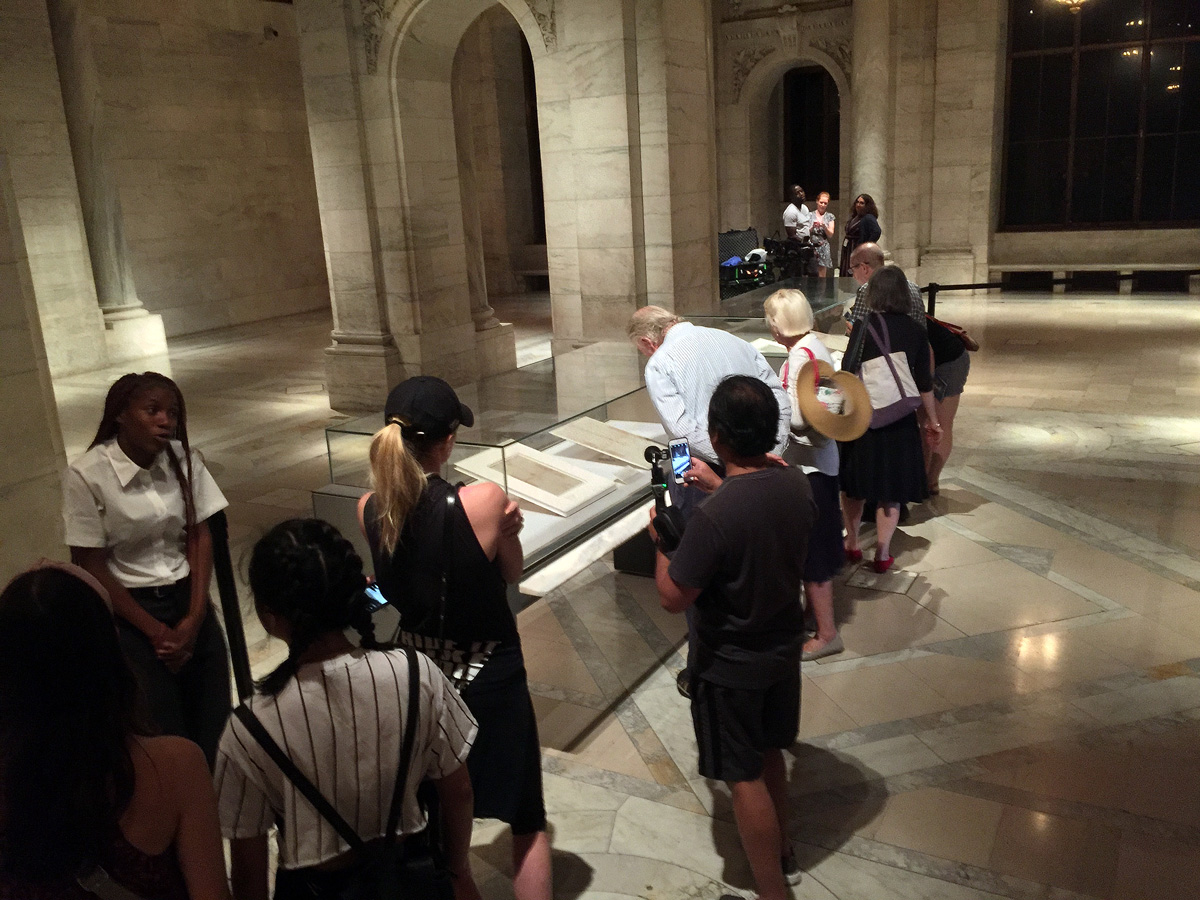 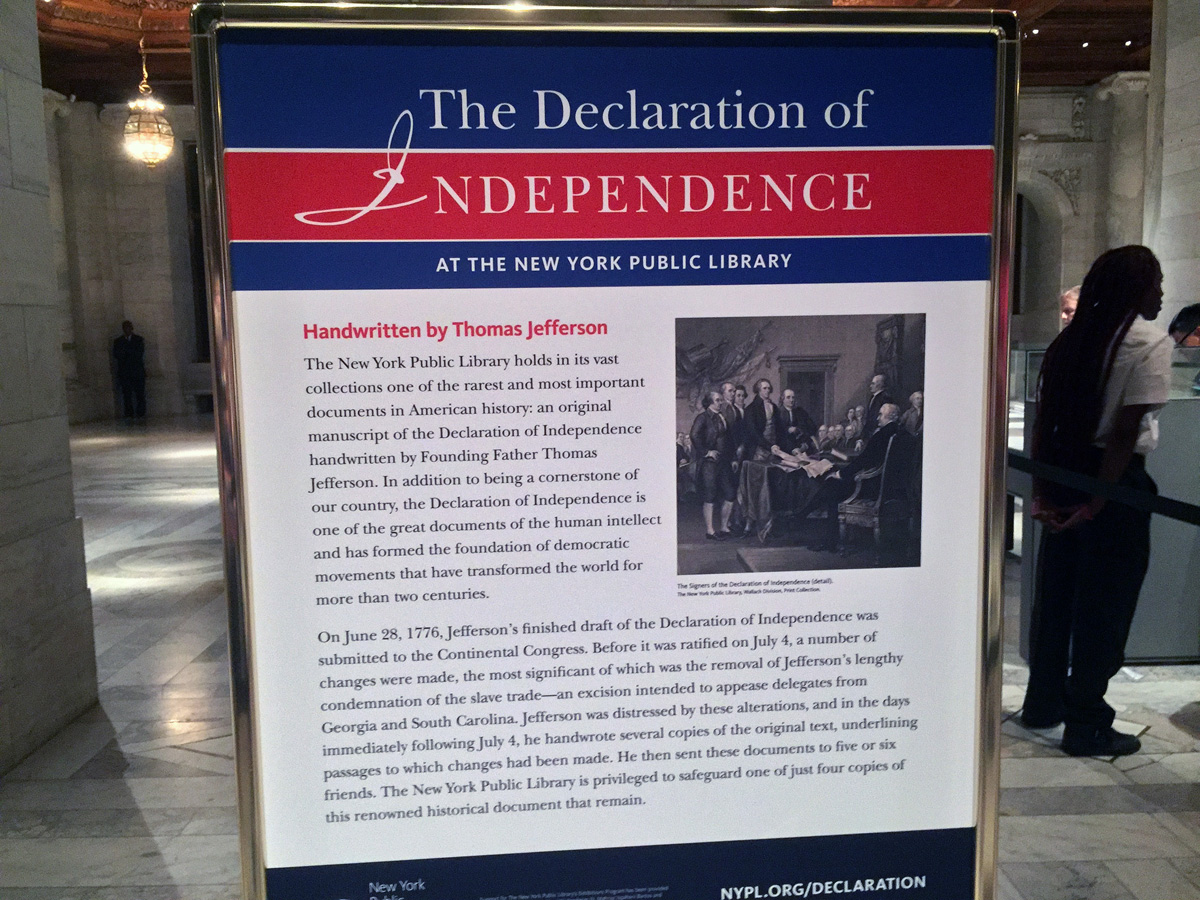 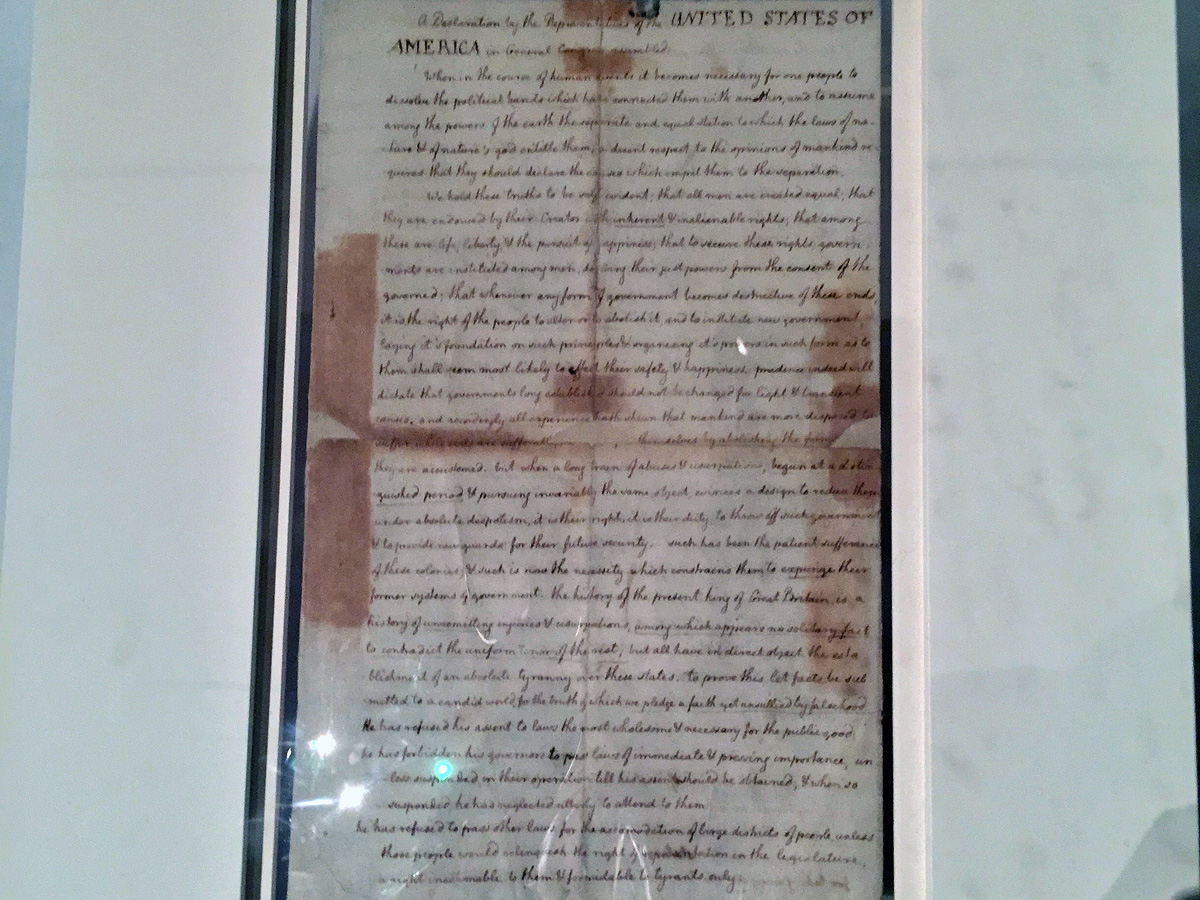 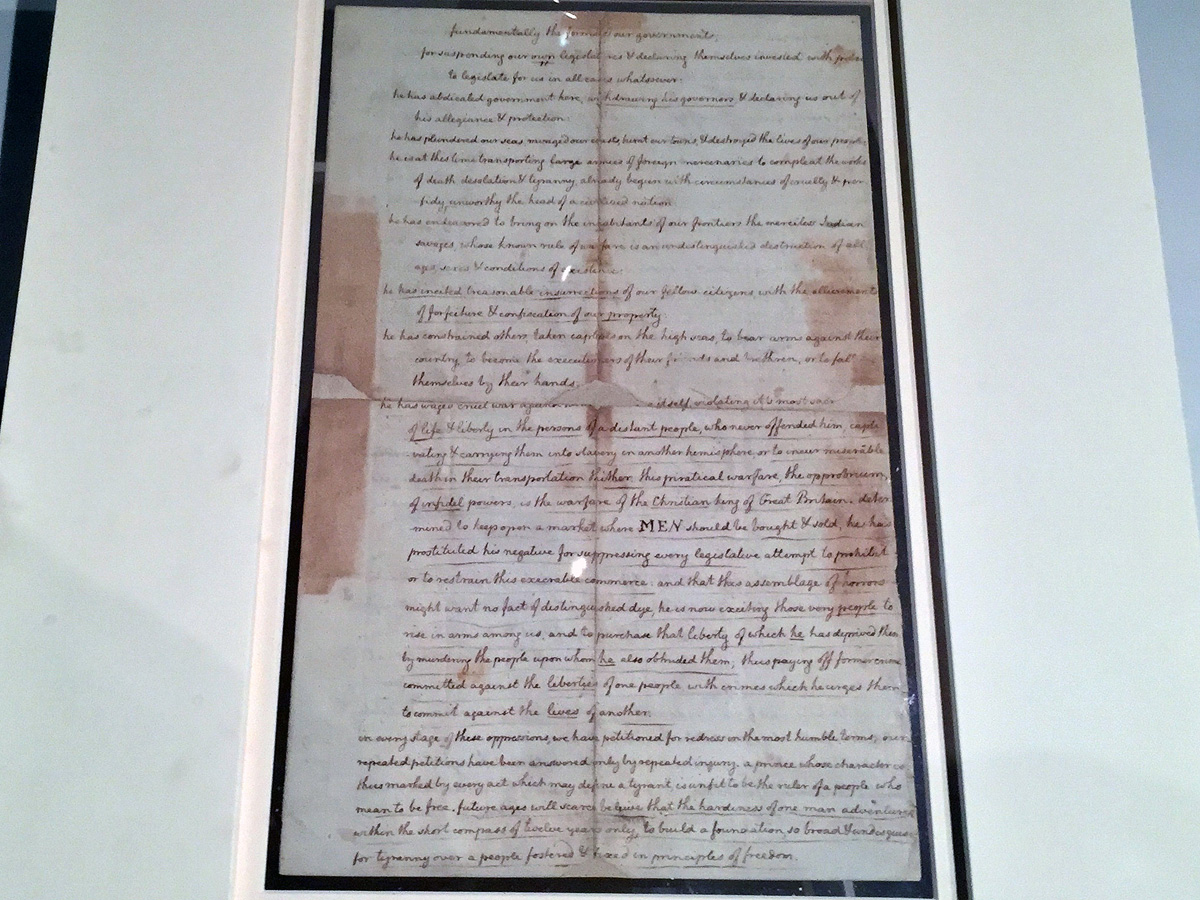 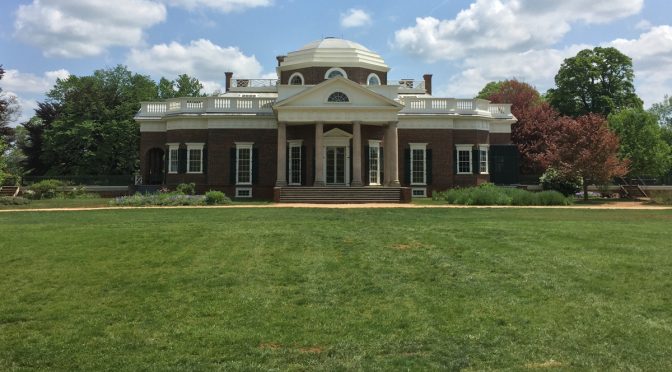 After completing my work commitment for the orthodontic conference in Washington, D.C., I took vacation time from work to visit several of the presidential homes in Virginia. I rented a car and stayed just outside Charlottesville.

First stop on Tuesday morning was Monticello, the home of Thomas Jefferson. After taking the immensely informative mansion and slavery tours, I strolled the grounds and took some pictures. I also visited the gravesite of Jefferson and his family.

Of special note on Jefferson’s obelisk is the text he had written for his grave listing the accomplishments he was most proud of: his authorship of The Declaration of Independence and the Statute of Virginia for Religious Freedom, and his founding of the University of Virginia. He considered these accomplishments even more important than having served as our nation’s third president.

Clicking on any of the pictures below will open them bigger: 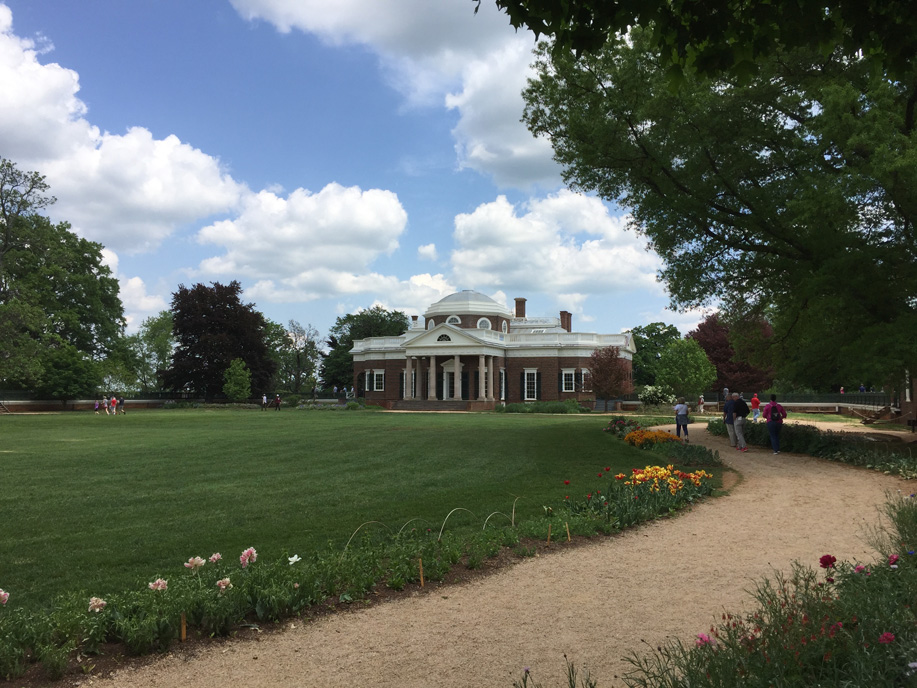 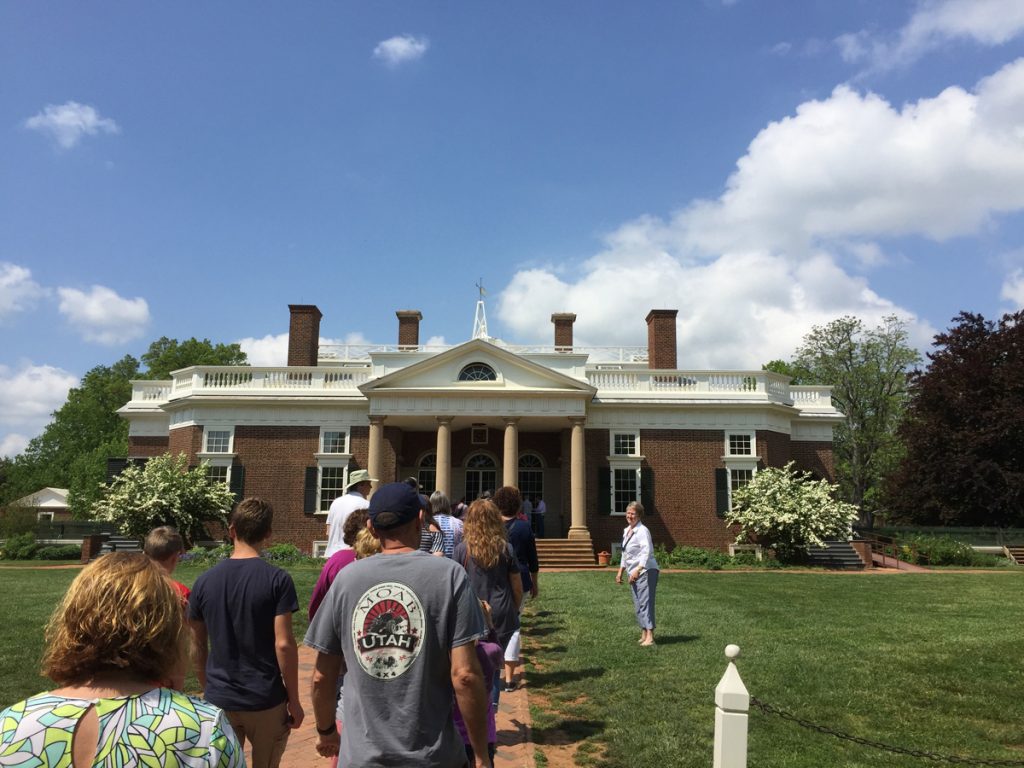 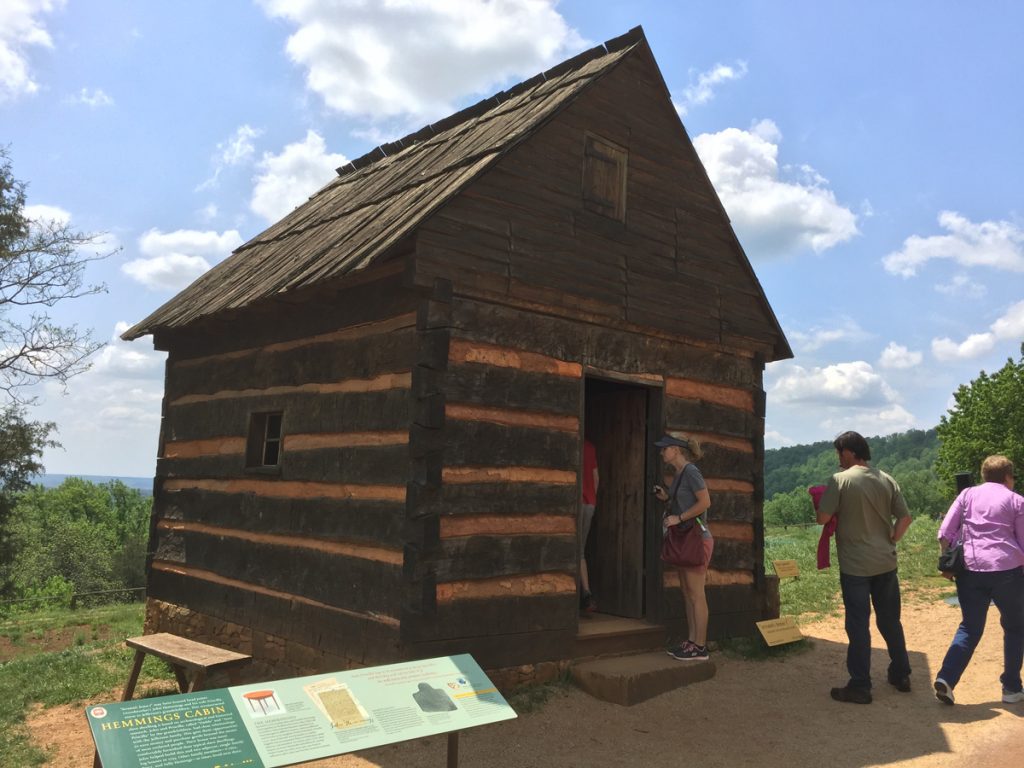 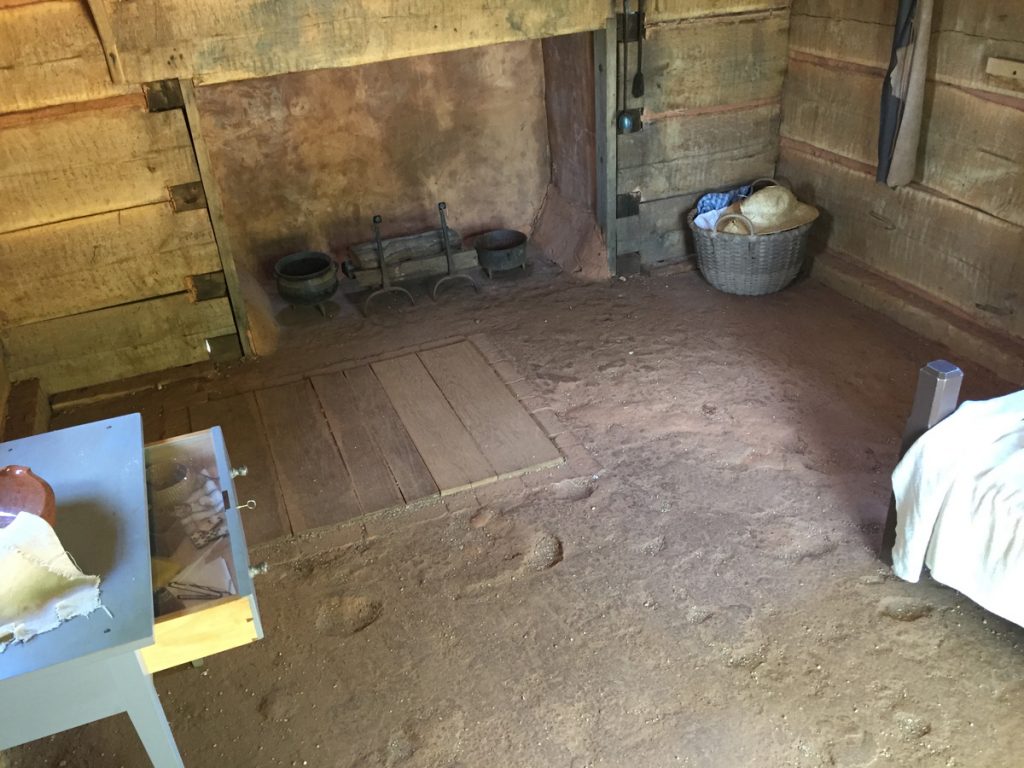 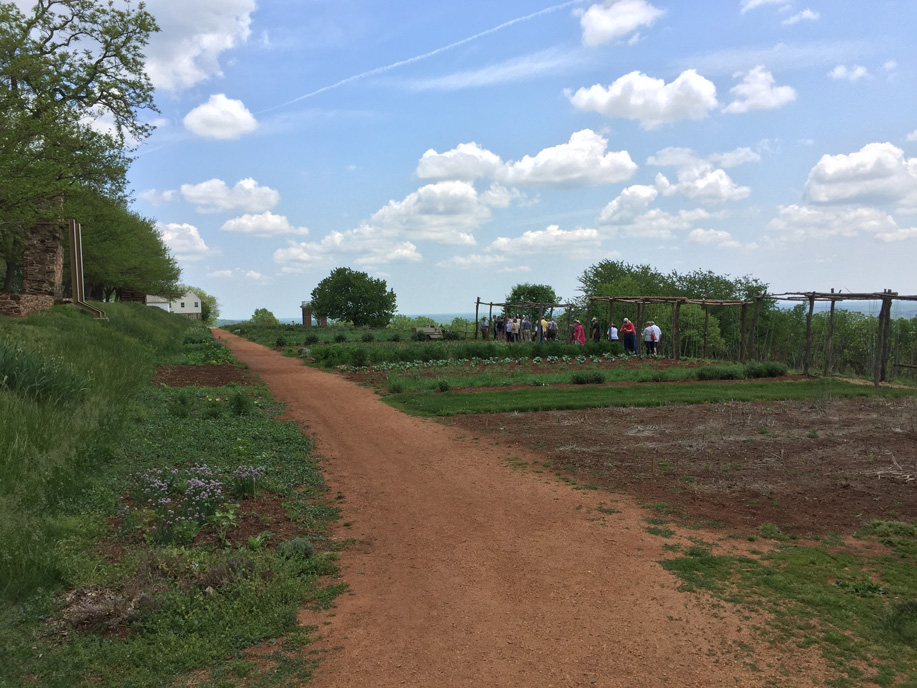 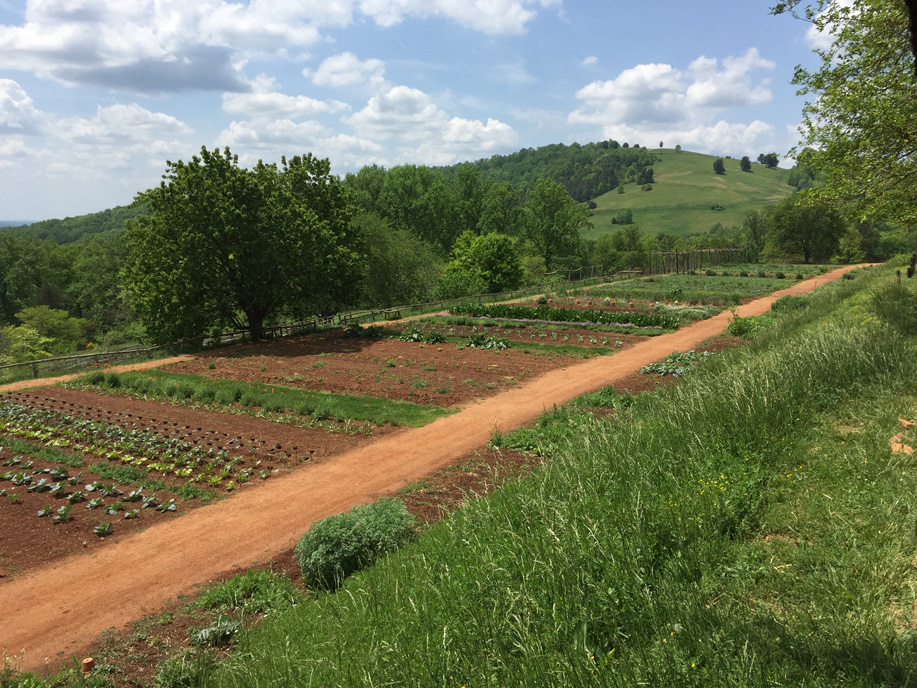 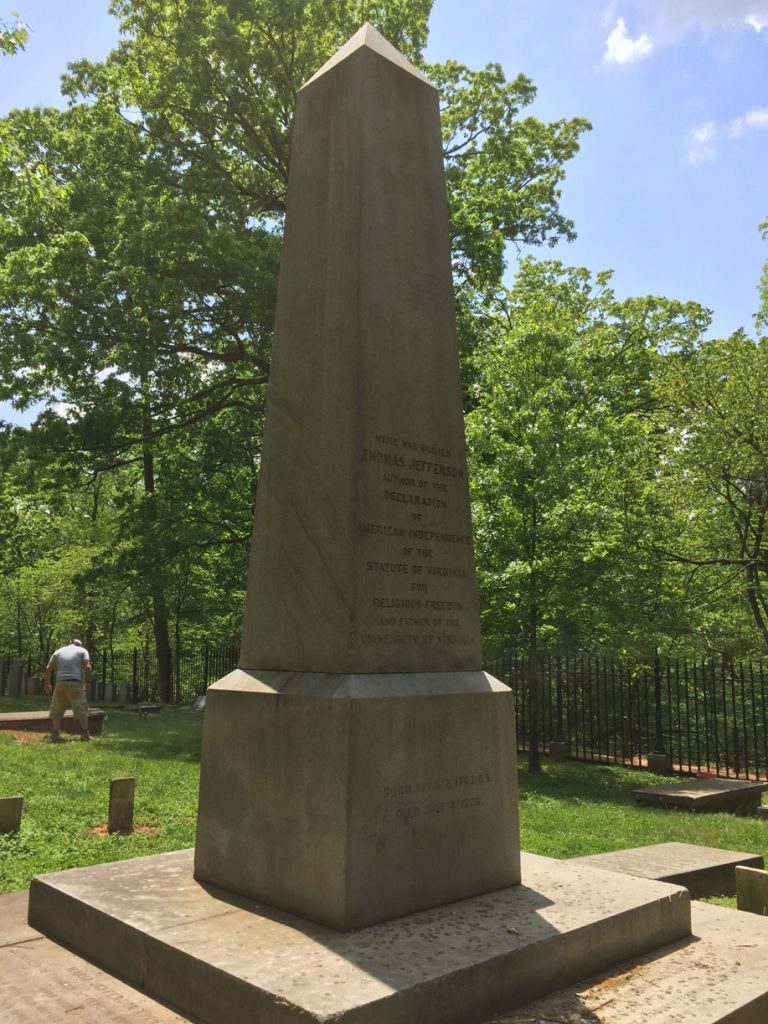 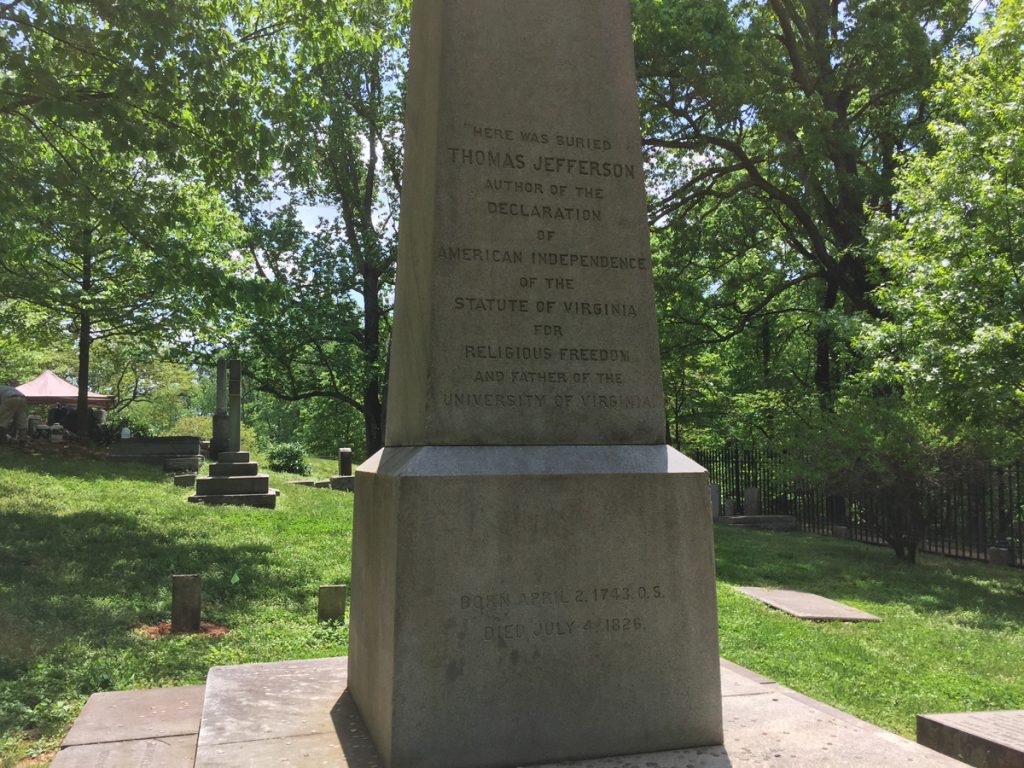 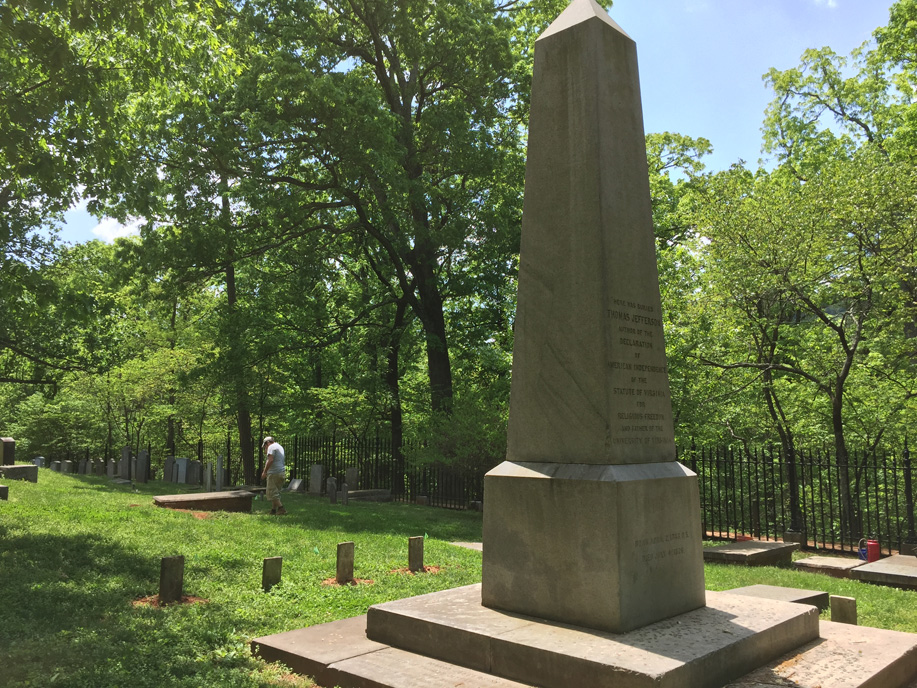 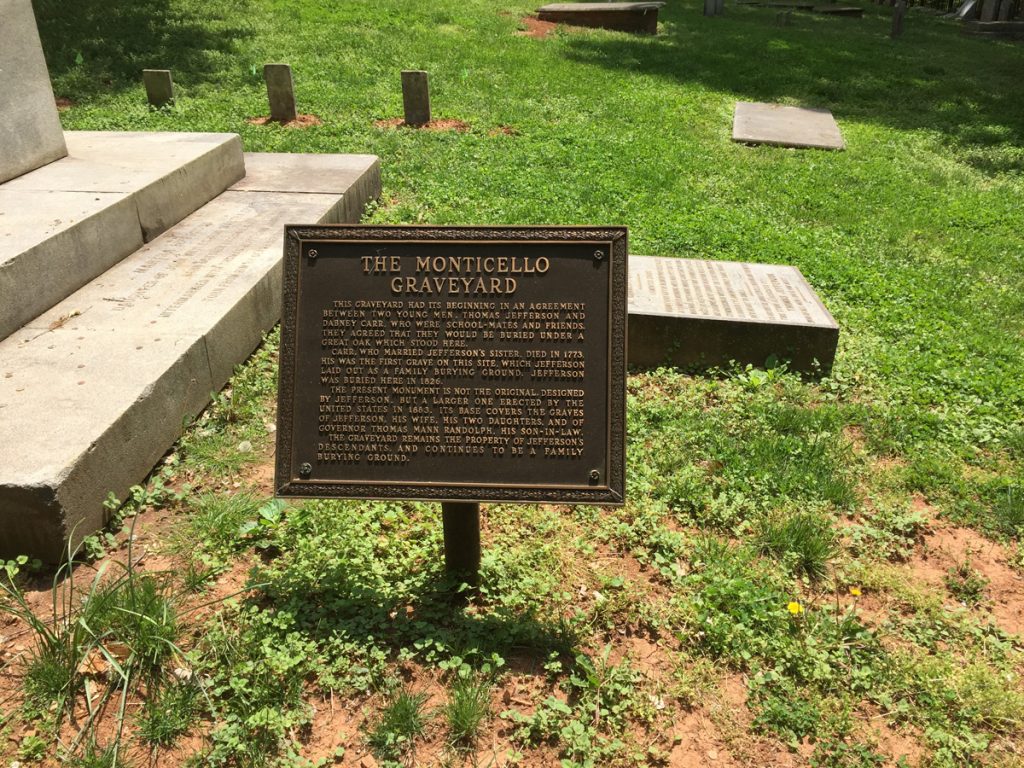 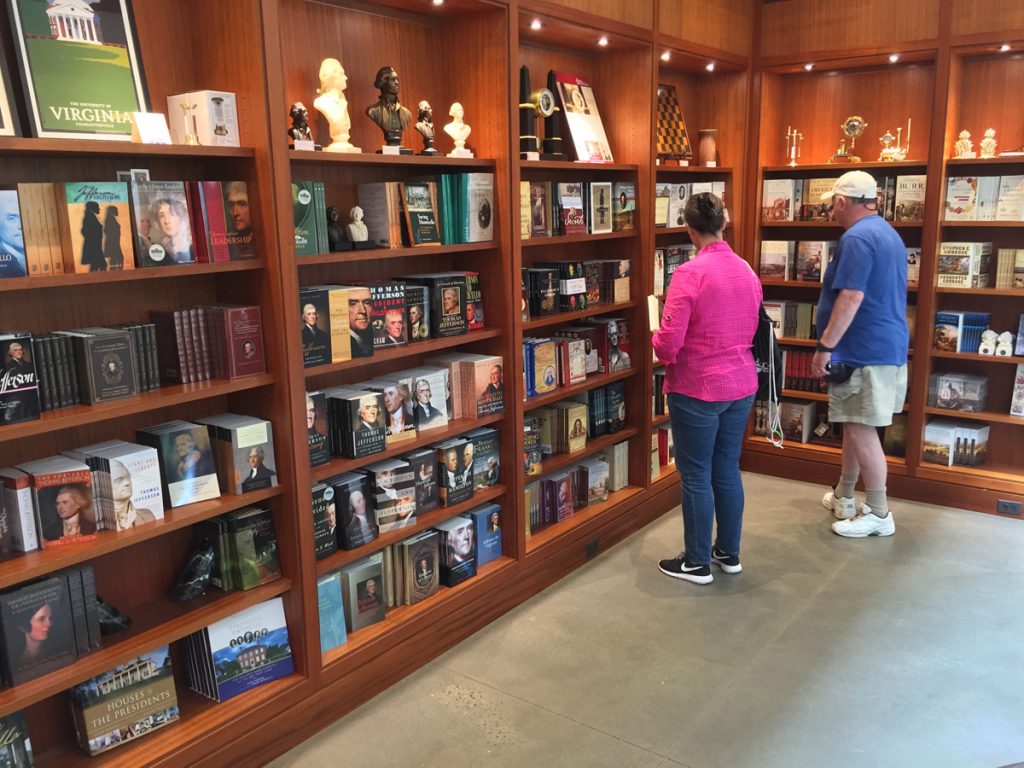 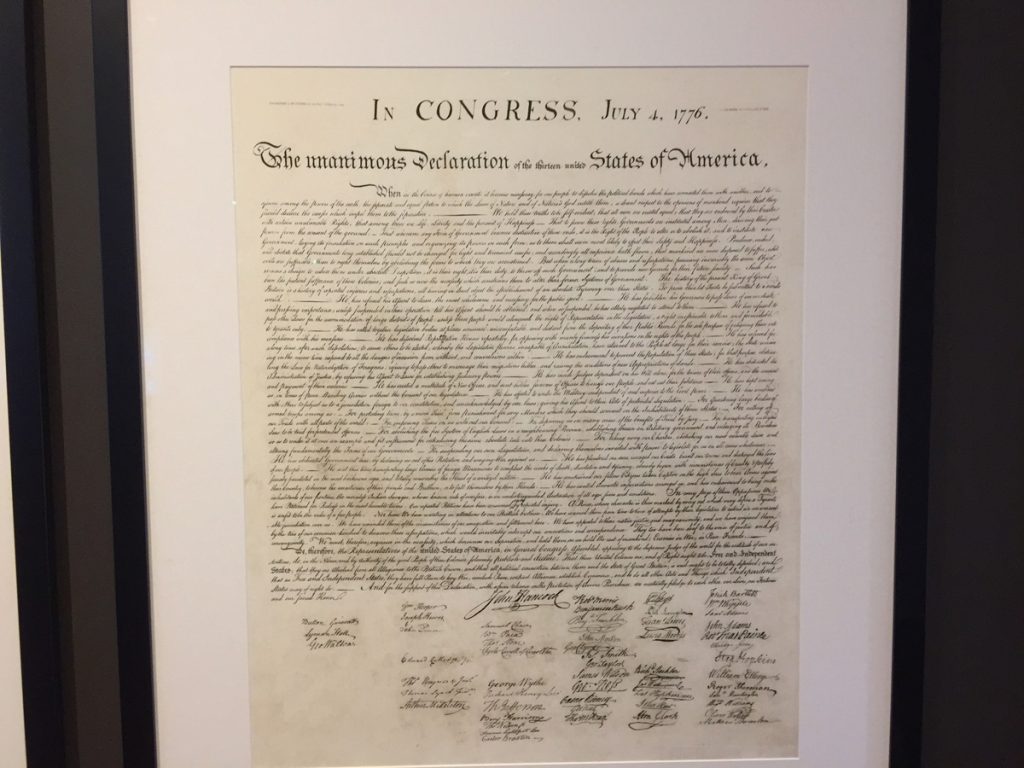 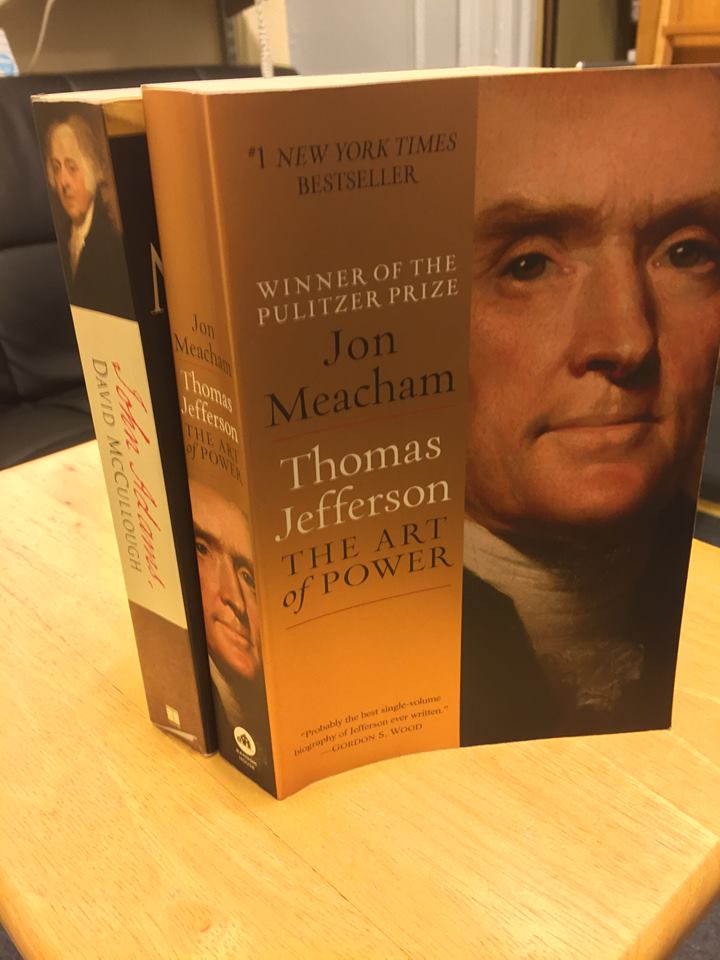 I just finished another presidential biography, “Thomas Jefferson: The Art of Power” by Jon Meacham. He dies at the end. They all die at the end. What’s remarkable is that Jefferson and Adams both died on the same day, July 4, 1826, the 50th anniversary of the Declaration of Independence. 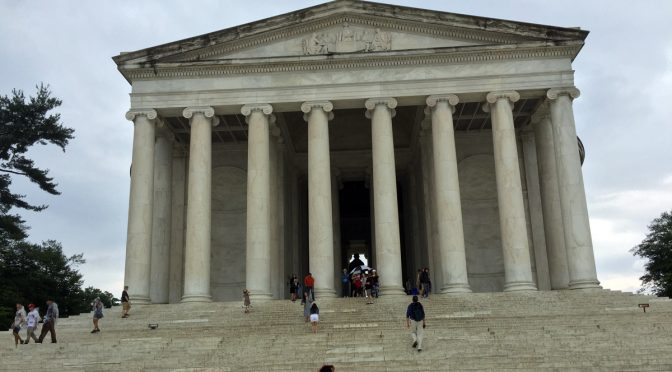 Next stop in Washington, D.C., was the Jefferson Memorial. Fittingly, I was just beginning Jon Meacham’s biography “The Art of Power” at the time of this visit!

These are not the greatest pictures I have ever taken, but if you click on any of them you can see them bigger: 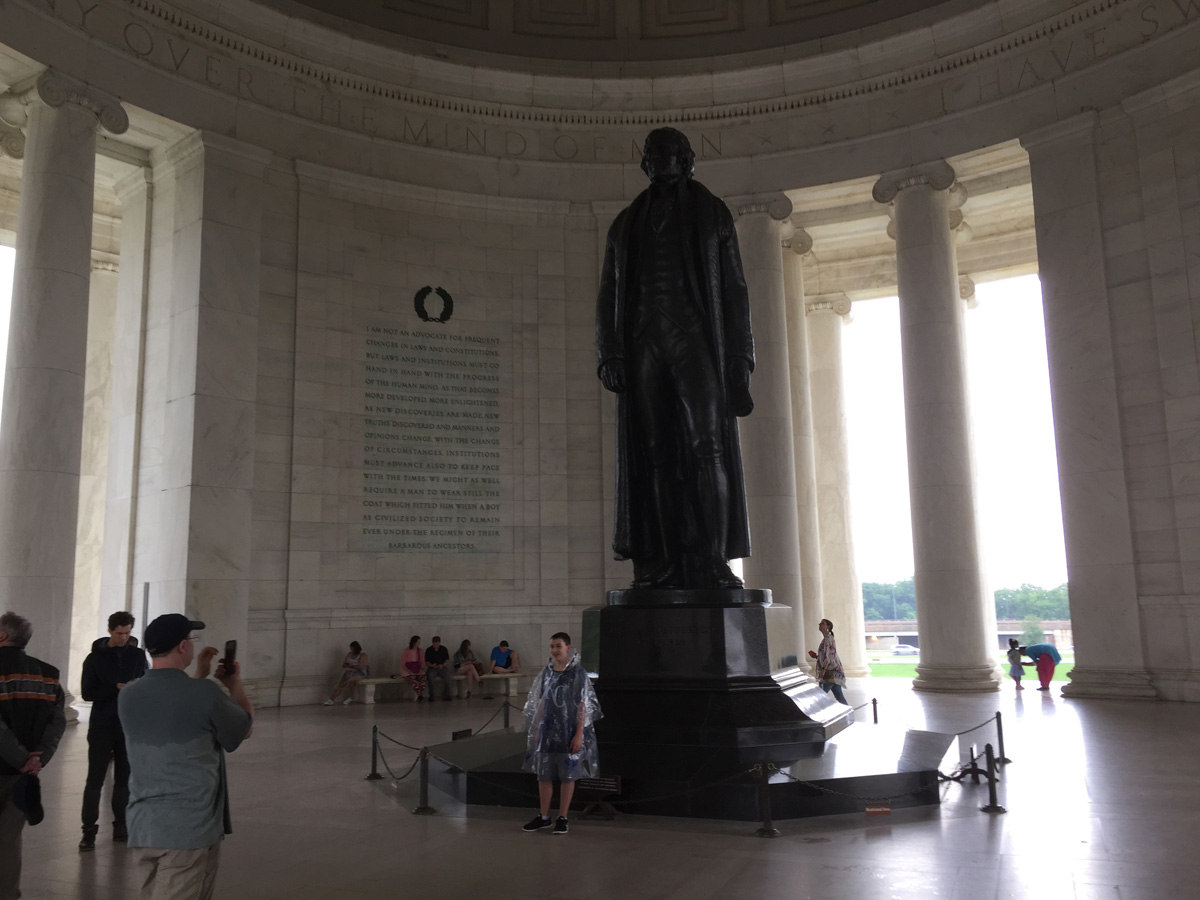 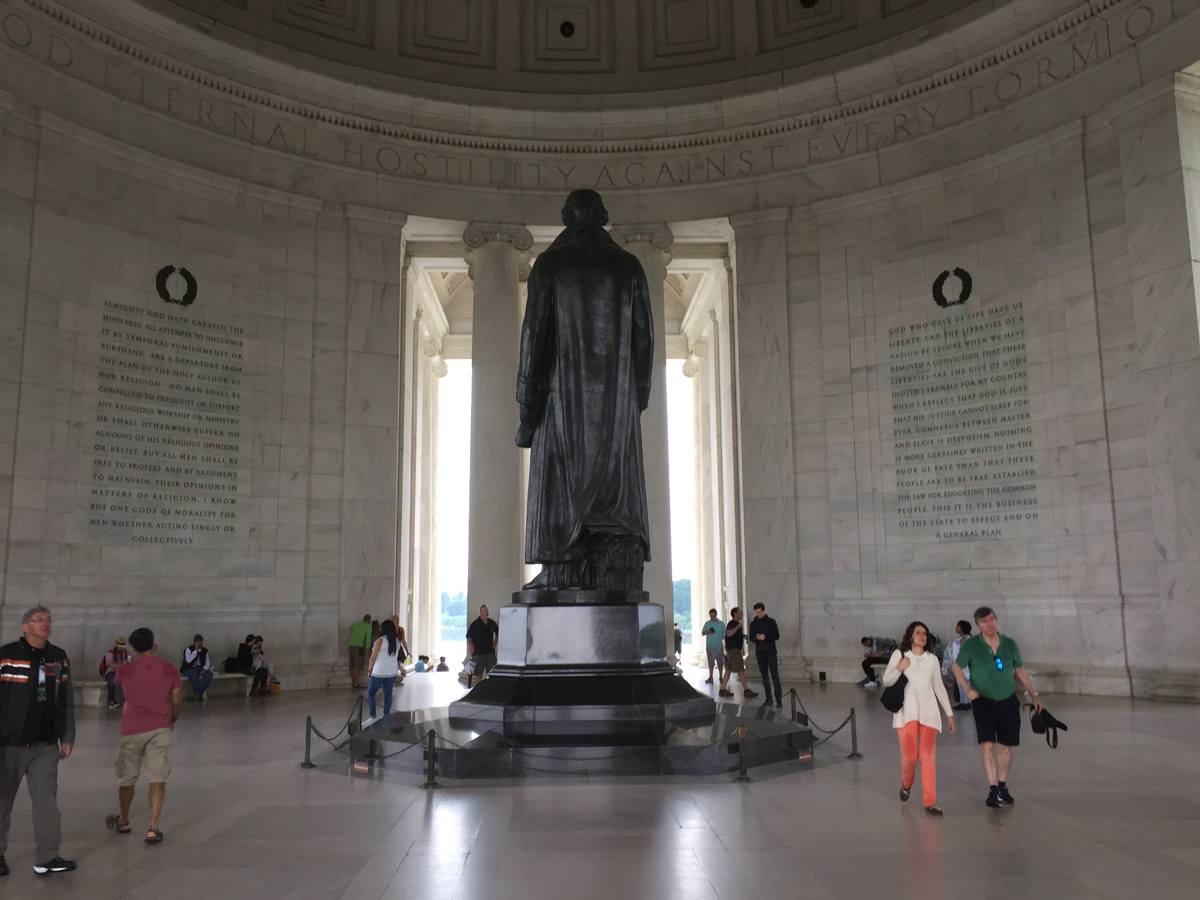 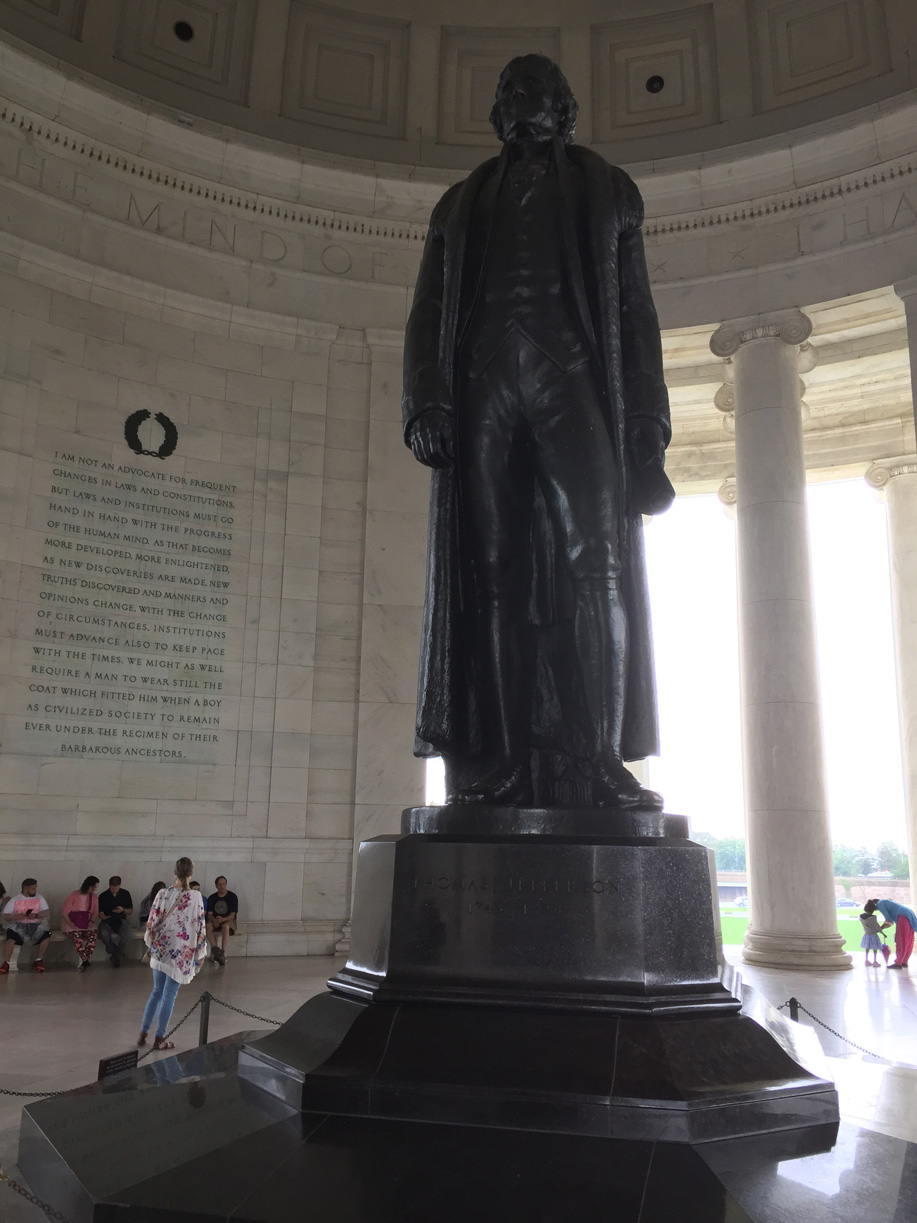 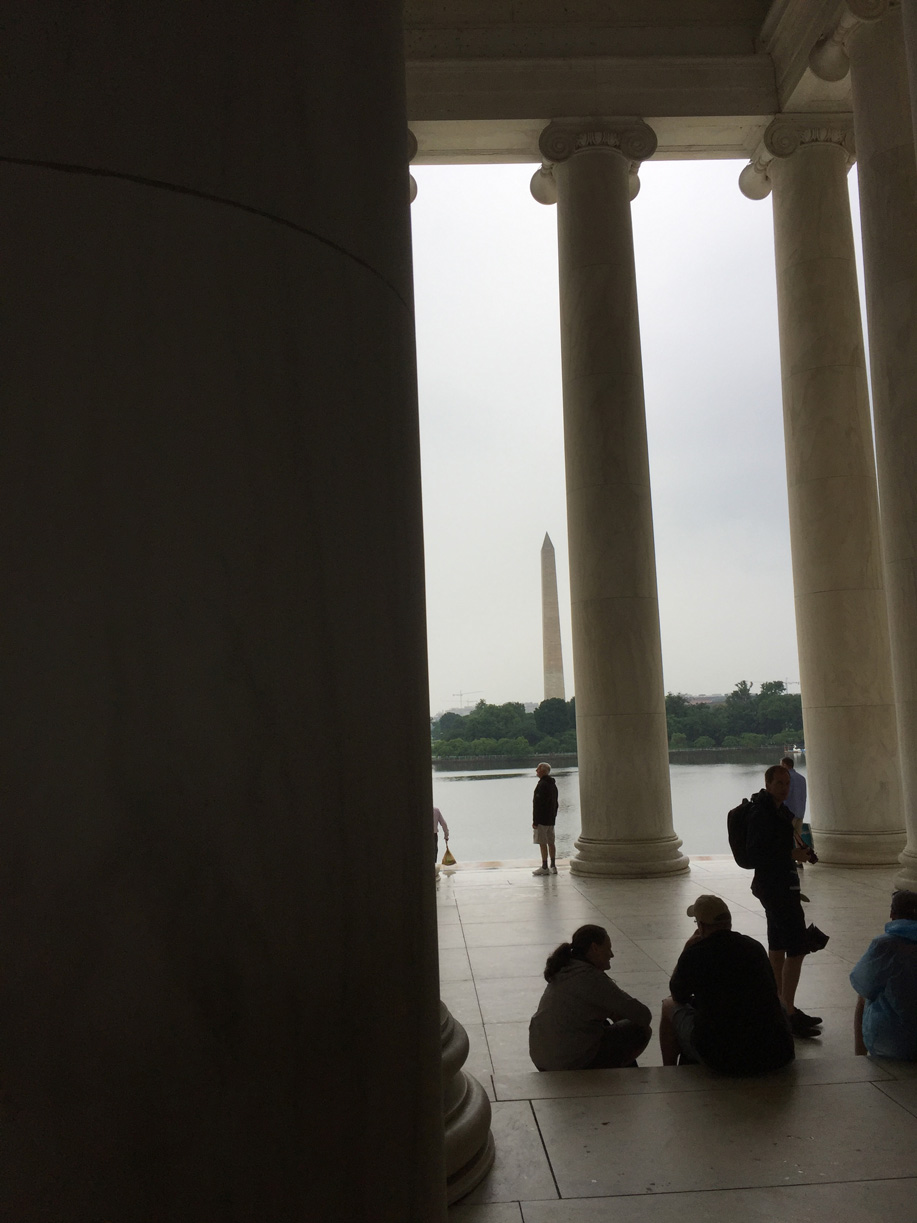 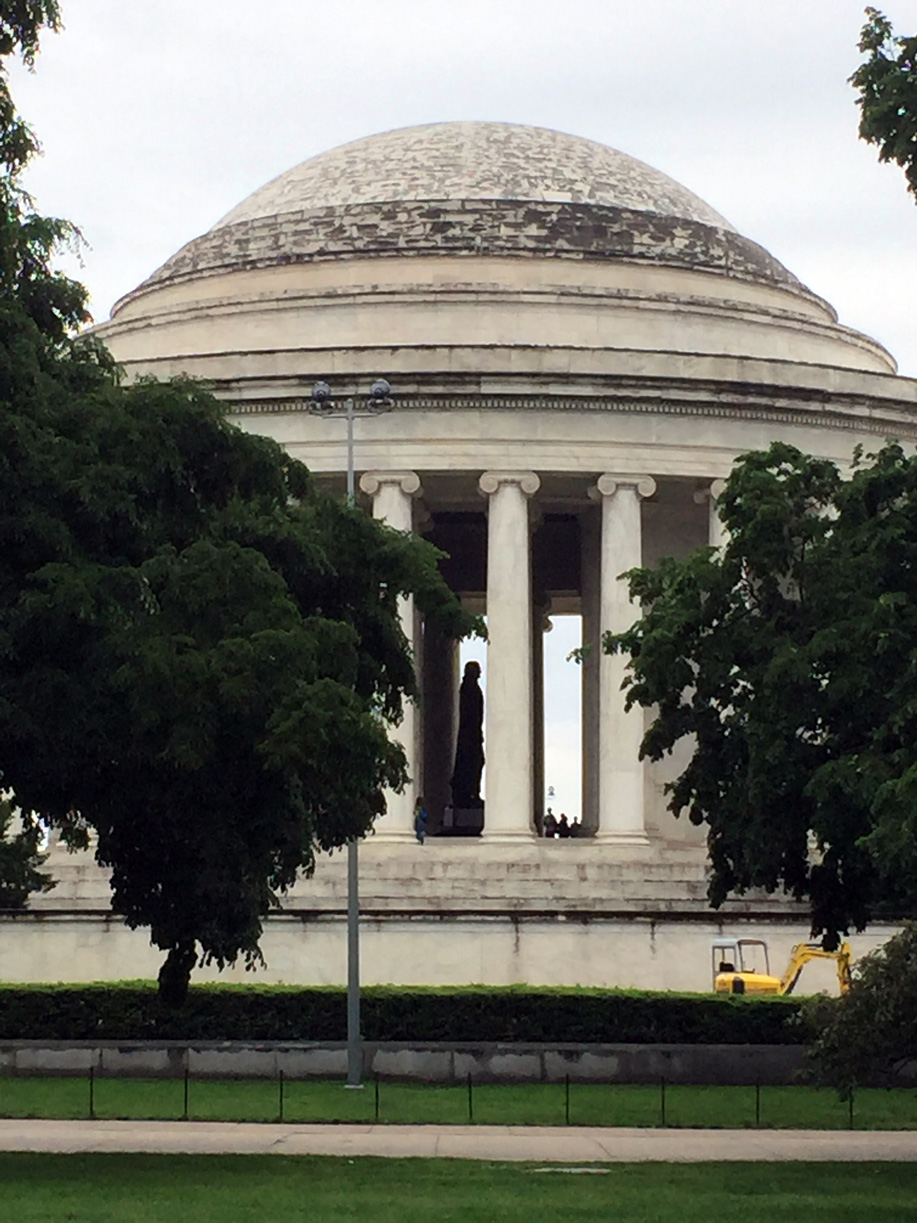