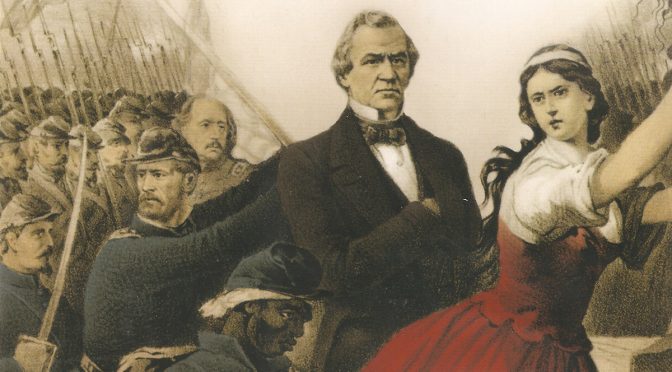 If I’m going to cry while reading a presidential biography, that usually happens when I get to the end. This book, by Howard Means, brought tears to my eyes at the beginning. It opens with a vivid, minute-by-minute description of the events of April 14 and 15, 1865. The assassination of Abraham Lincoln by the vile racist John Wilkes Booth was part of a conspiracy, with Booth as the ringleader, in which Vice President Andrew Johnson, Secretary of State William H. Seward, and General Ulysses S. Grant were all to be killed on the same night.

Lee had surrendered to Grant at Appomattox just days earlier, on April 9, effectively ending the Civil War, but the conspirators had somehow hoped that decapitating the leadership of the U.S government would throw everything into chaos, thus enabling the South to reignite the war. It was a far-fetched idea, which did not work out as planned and had disastrous consequences for everyone.

The Lincolns had invited Grant and his wife to accompany them to Ford’s Theater that fateful night, and their attendance together had even been published in newspapers. But the Grants declined the invitation at the last minute and departed by train on a family trip to New Jersey. Booth was a well-known actor who was able to gain access to the theater. He also knew the exact moments during “Our American Cousin” when the audience would laugh, thus helping him sneak into the presidential box to fire the fatal bullet. Meanwhile George Atzerodt, the guy who was supposed to kill Johnson at his room at Kirkwood House, did not show up. He spent time that night on a barstool and either got drunk and forgot, or simply chickened out. The author speculates that had Atzerodt found the courage to attack the belligerent Johnson that night, the confrontation would not have ended well for the attempted assassin.

Lewis Powell, however, did in fact show up to kill Seward, who had recently been in a carriage accident and was recuperating at home in bed. Powell showed up at the house and told family members that he was delivering medicine. When Seward’s son Frederick refused to let him upstairs, Powell pistol whipped him and stormed into the Secretary of State’s room. His gun had jammed, so he pulled a knife and stabbed Seward, in a grisly attack with blood everywhere, before fleeing on horseback. By some miracle, Seward survived the assassination attempt.

All this takes place in the first (and best) chapter of “The Avenger Takes His Place: Andrew Johnson and the 45 Days That Changed the Nation.” The title is taken from a line in a poem by Herman Melville, written in that era, which evokes the feelings many had at the time. Despite the “malice toward none” and “charity for all” that Lincoln had promised in his second inaugural, many wanted to see the South punished after the war. These sentiments were very real, as the author of “The Avenger” describes, by citing personal letters written at the time, quotes from newspaper editorials — and even descriptions of what preachers were saying to congregants in their sermons in churches. 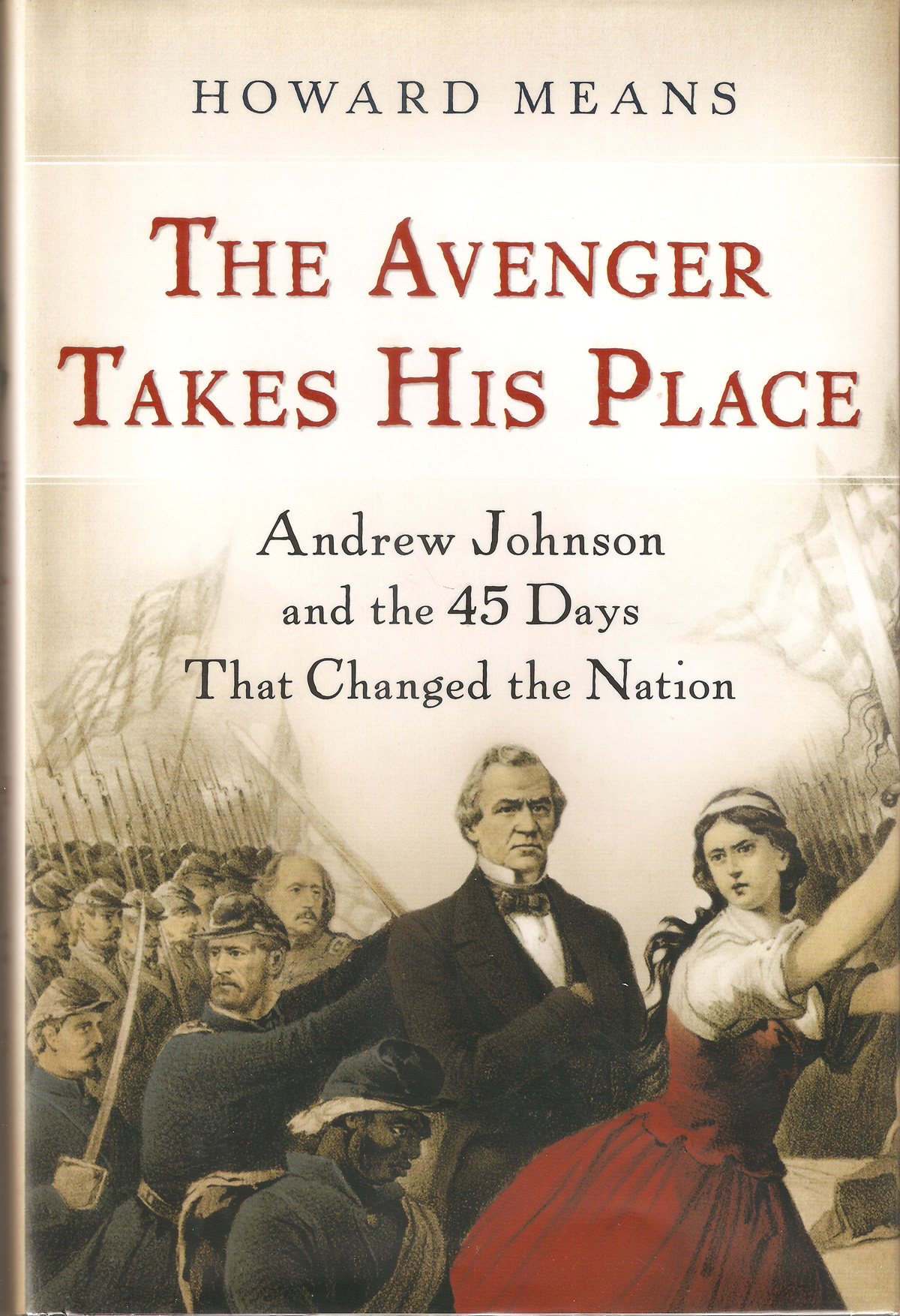 While this book was definitely insightful, especially in describing the mood of the country at the time of Lincoln’s assassination and its aftermath, I still feel I could learn more about the 17th president — especially his dealings with Congress and his impeachment trial in the Senate. This book by Means is the second one I have read about Andrew Johnson. The other was by Annette Gordon-Reed. Both Means and Gordon-Reed make frequent references to an earlier biography, by Hans L. Trefousse, a copy of which I recently found at The Strand bookstore here in NYC. But I subsequently moved on to Ronald C. White’s excellent biography of Grant (with yet another book review coming very soon), and I am now taking a detour by reading the biography of yet another famous general. So I will return to Andrew Johnson at another time.