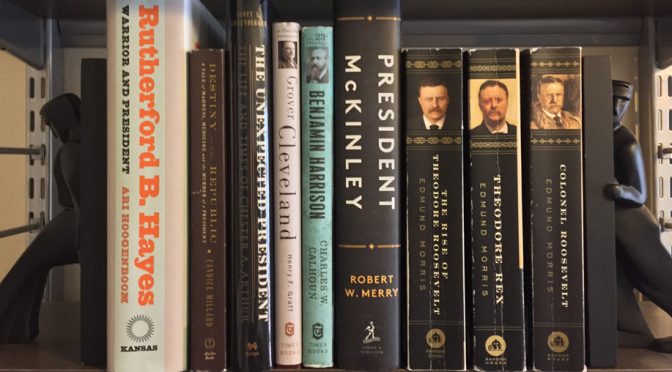 Here’s an update on the goal of reading at least one biography of each president, in order. It all started in 2017 with George Washington, and the most recent is a three-volume series on Theodore Roosevelt.

Biographies of Presidents Washington through Theodore Roosevelt are on the shelf. Some of the biographies are longer than others — and not all the books I’ve read are shown here!

Three recently completed books on Theodore Roosevelt by Edmund Morris cover his early years, his presidency and his post-presidency, respectively. 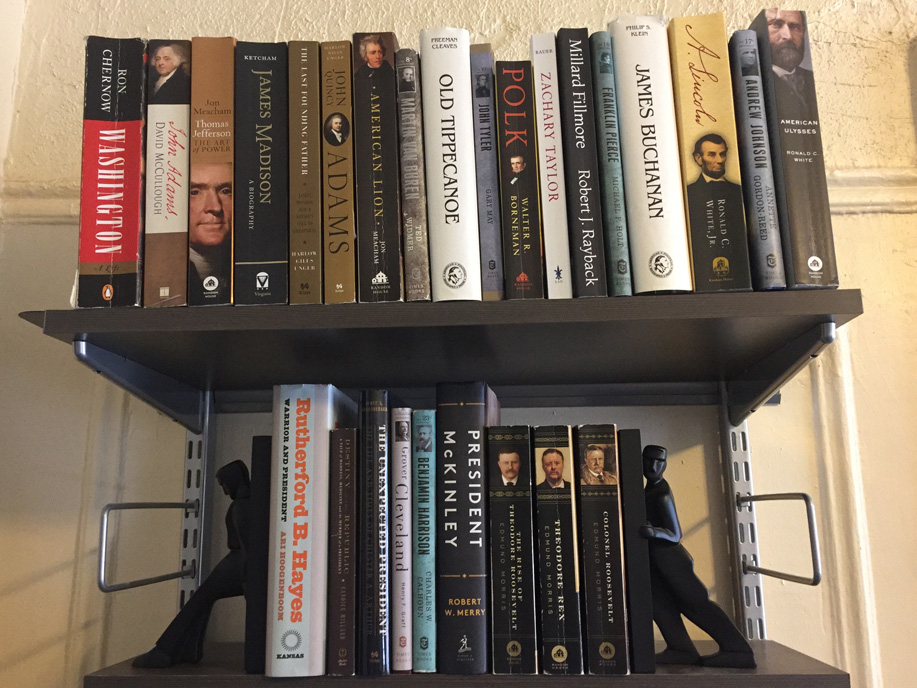 The bottom row on the bookshelf of presidents (in the featured image above) includes biographies of those who served as president from 1877 through 1909. From left: Hayes, Garfield, Arthur, Cleveland, Benjamin Harrison, McKinley and Theodore Roosevelt.