I went to the Rolling Stones “Exhibitionism” on opening day (Nov. 12) and again today (Feb 19) with my friend Steve. This is awesome. There are replicas of the lads’ messy apartment in London from the early 60s, a “backstage area” and even a reproduction of a recording studio. There’s a section on album artwork, another with scale models of their elaborate stage sets from the Steel Wheels, Bridges to Babylon and Voodoo Lounge tours. A whole room of Andy Warhol artwork, another featuring stage costumes spanning their entire career. Lots of video and audio displays and a 3-D movie at the end of “Satisfaction.” You can also see their guitars, a drum kit and notebooks with Mick’s hand-written lyrics to “Miss You,” “Lies,” “Some Girls” and many other songs. My favorite part was a mixing board where you can put on headphones and turn each band member’s instrument playing track up or down on about 10 different audio tracks, including “Start Me Up,” “Angie,” “Rocks Off” and “Sympathy for the Devil.” 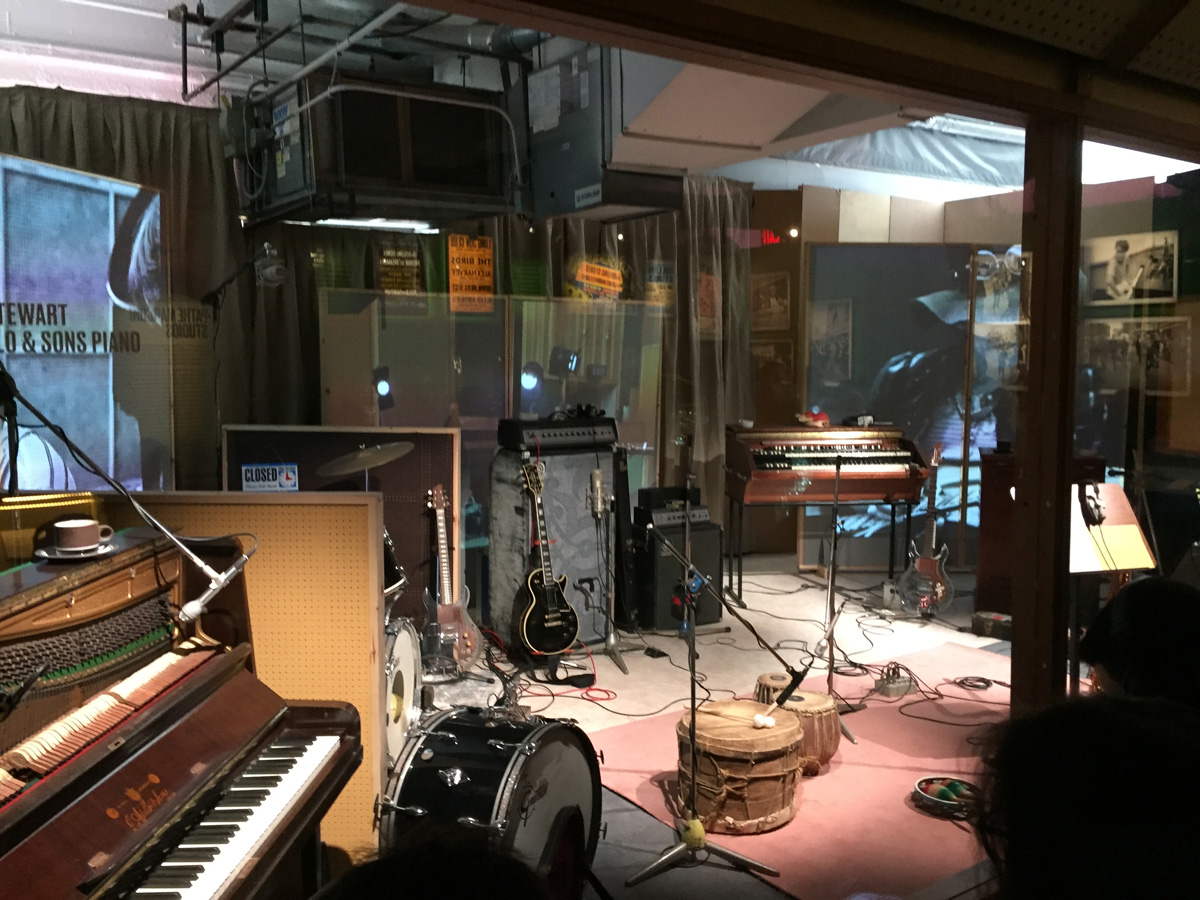 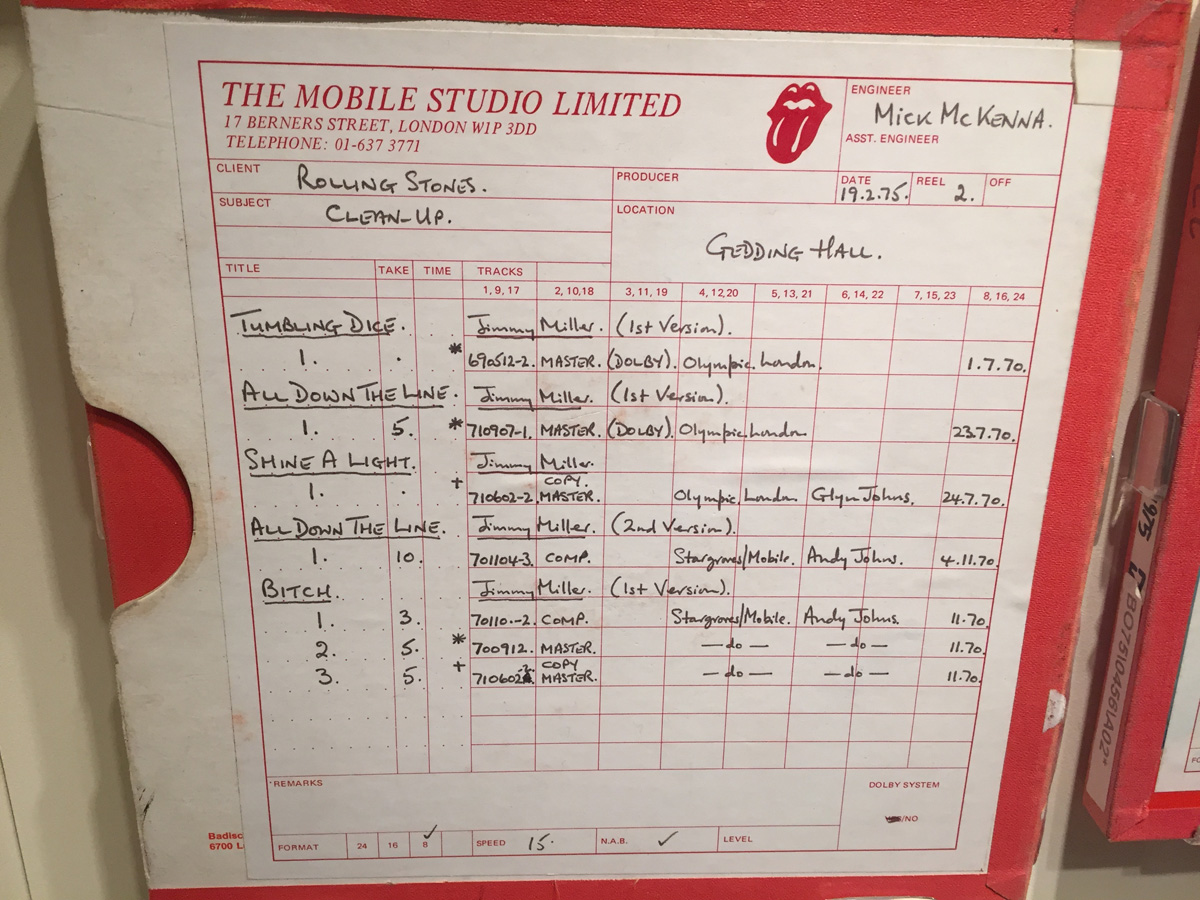 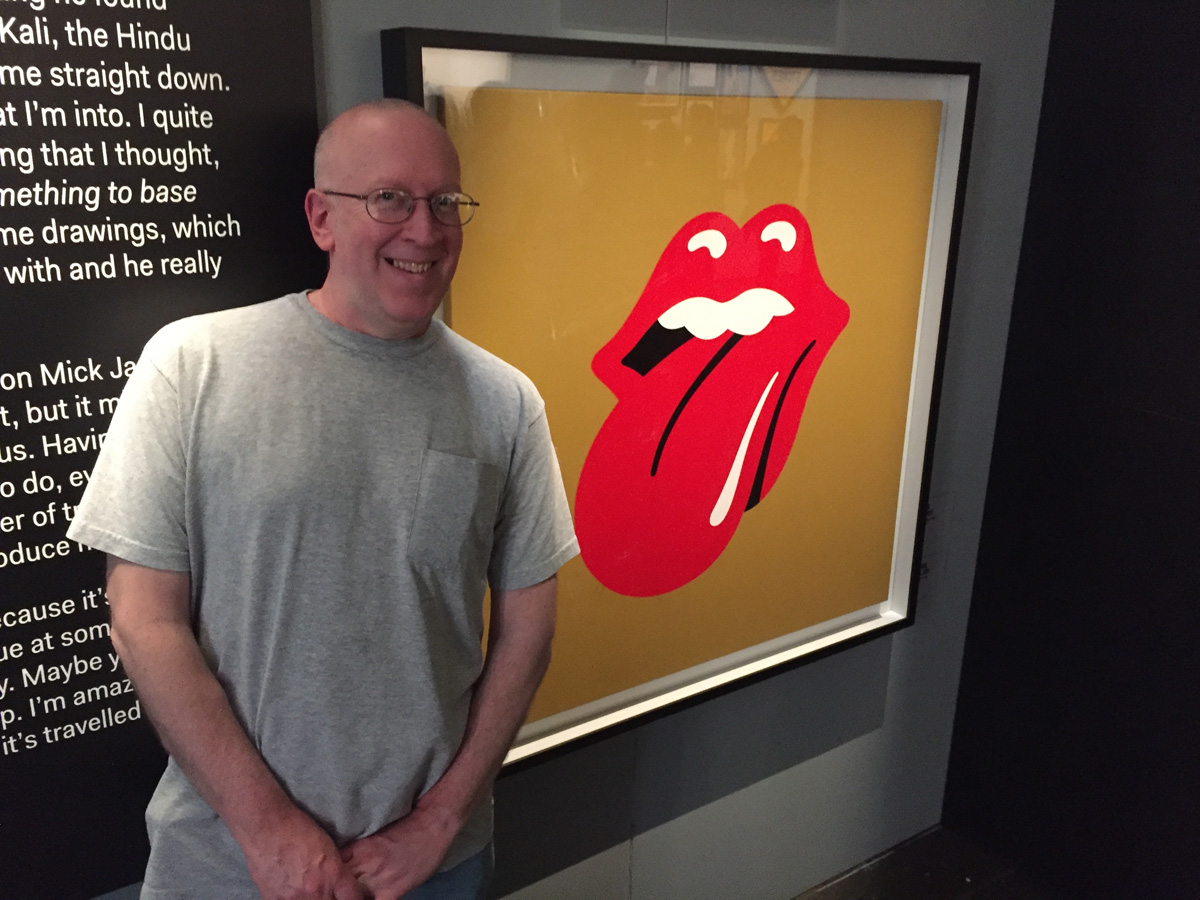 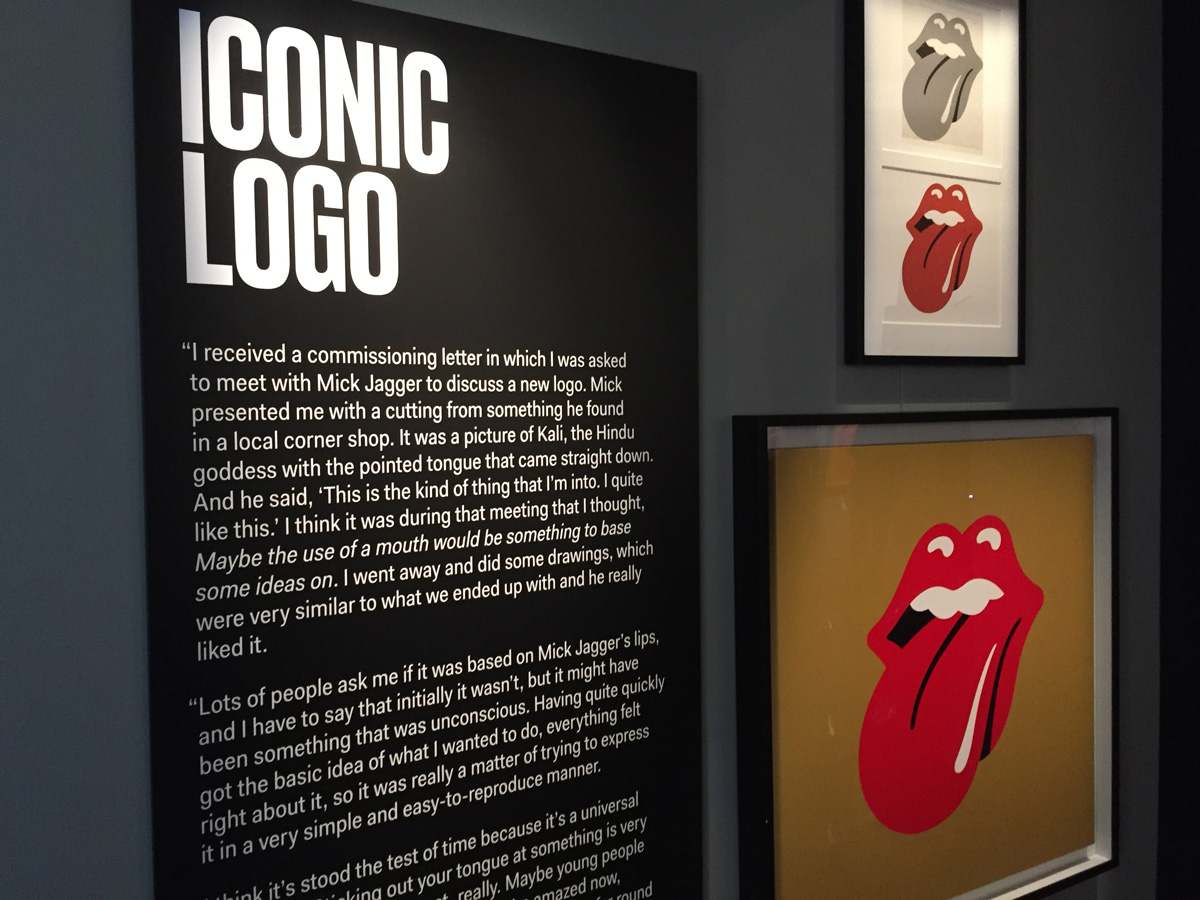 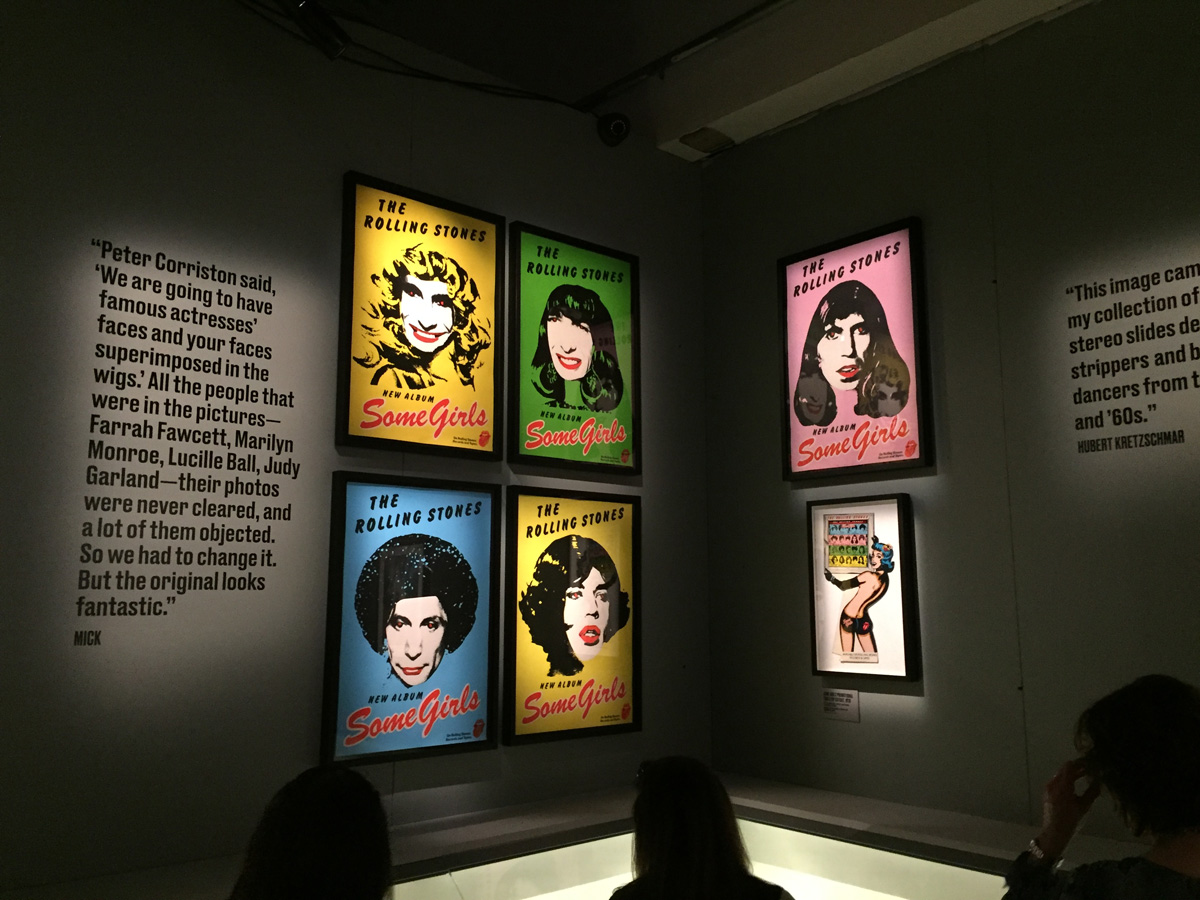 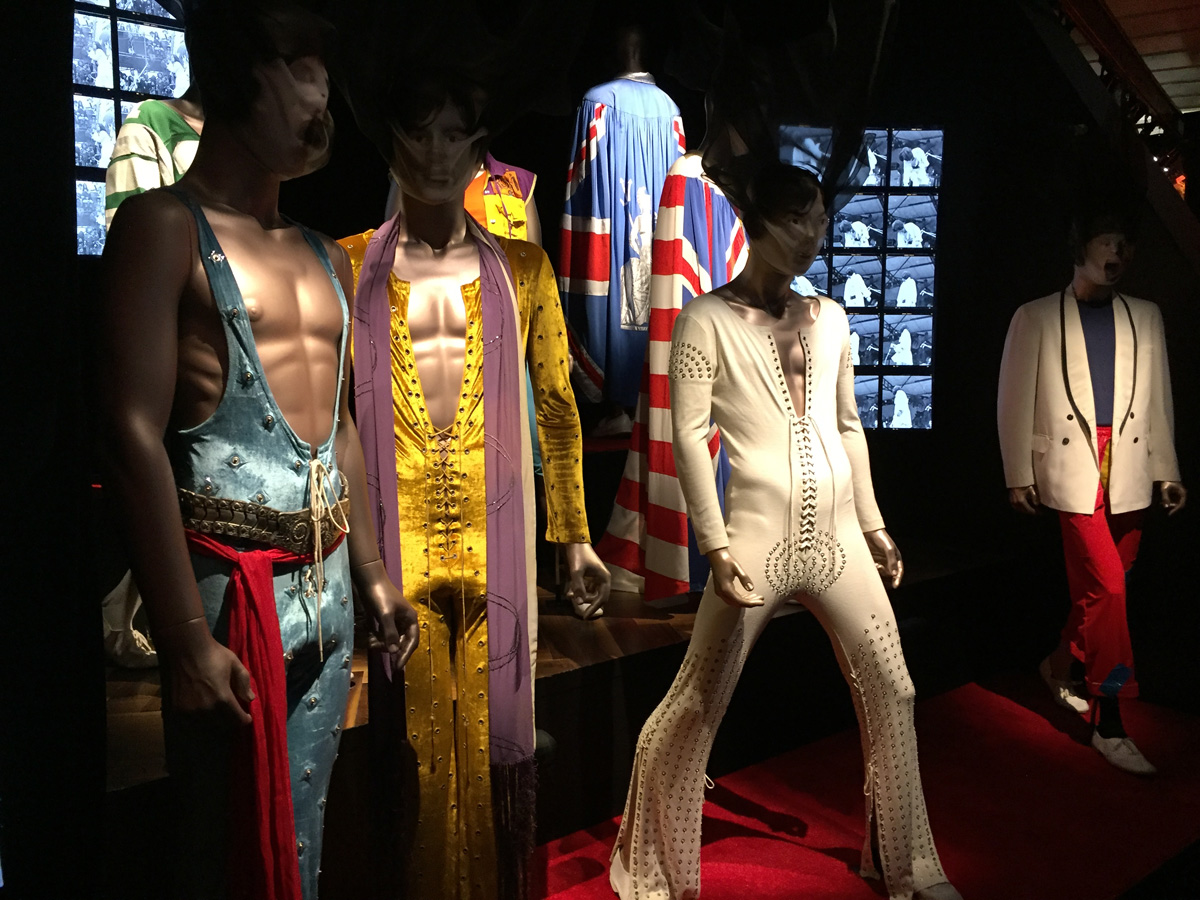 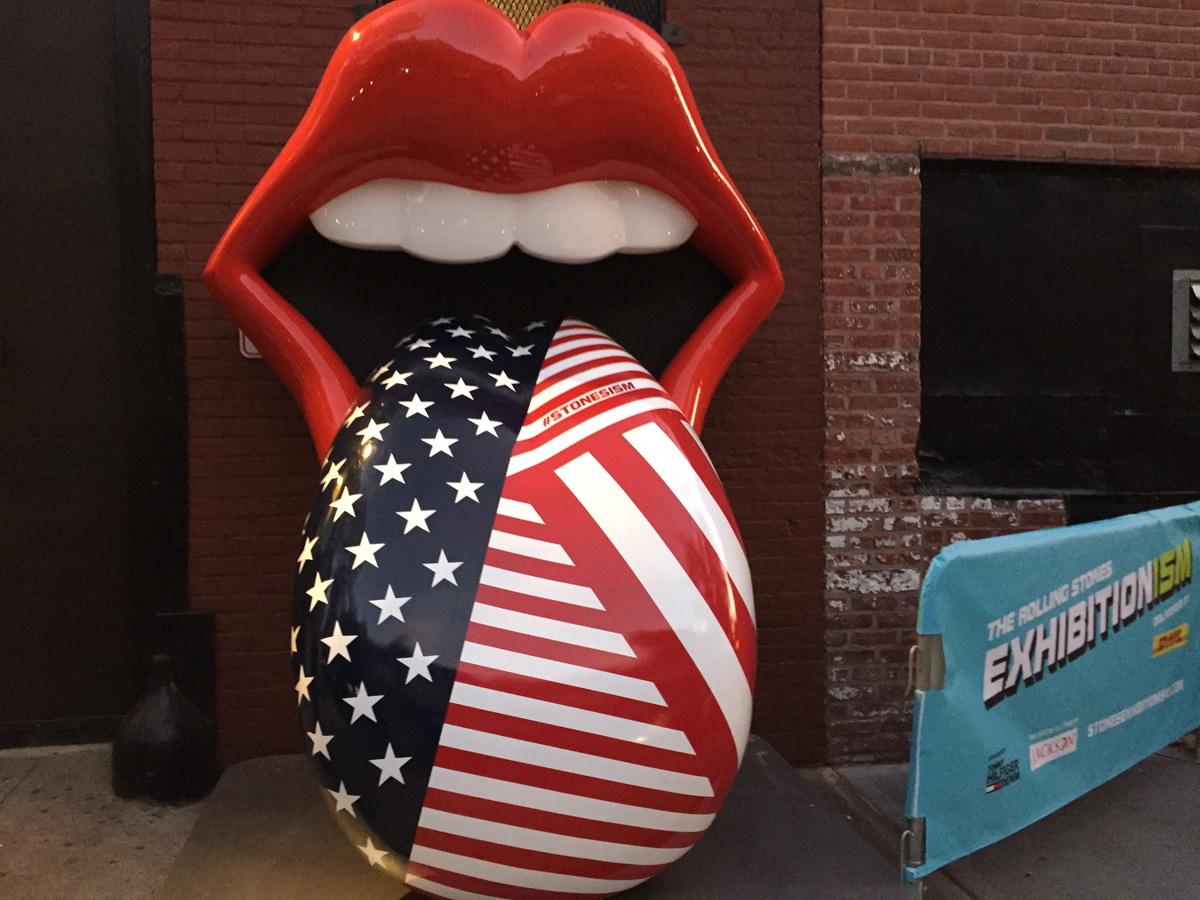 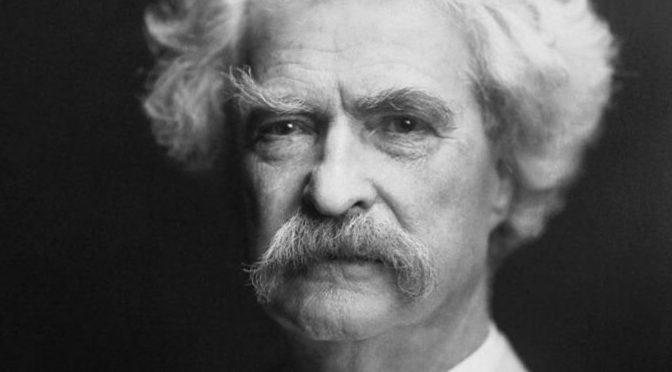 I was so moved on Friday night by “Big River,” the country-music musical based on the novel “The Adventures of Huckleberry Finn” by Mark Twain, that I went to see it again Saturday night. I loved it even more the second time. The music and lyrics in this show, written by the acclaimed songwriter Roger Miller, are really, really good. The on-stage orchestra of this production — by New York City Center Encores! — was top-notch, and the actors were terrific. From my perspective, their voices brought Twain’s characters to life in a powerful way. 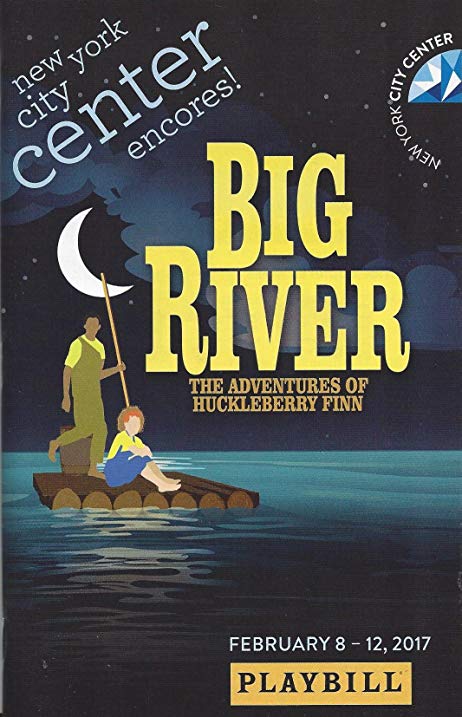 Watching many of these songs performed on stage brought tears to my eyes, starting with “Waitin’ for the Light to Shine,” sung by a charming Nicholas Barasch as Huck. Here’s this kid, this innocent outsider in 1840s Missouri, trying to figure out where he belongs in the world. Essentially homeless, he’s been taken in by the Widow Douglas and her sister, Miss Watson (who own slaves). They make him wash up for dinner and wear uncomfortable clothes and learn to read, so that he can study the Bible and eventually wind up in “the good place,” as sung to him in the song “Do Ya Wanna Go to Heaven?” He also pals around with a band of other kids, who are under the spell of Tom Sawyer, who has his own set of rules — those he has read about in adventure books. And then there’s Pap Finn, an abusive alcoholic, who takes Huck and locks him in a shed and beats him. So Huck fakes his own death and runs away to a nearby island, where he declares his own personal independence in the song “I, Huckleberry, Me.”

On the island Huck meets up with Miss Watson’s slave Jim, played by the powerfully voiced Kyle Scatliffe, who has “run off” because he overheard that she was about to sell him for $800 and if that happens he will never see his wife and children again. But Huck is on the run too, and so he and Jim flee on that iconic raft. Down America’s great river. Together they sing two of the musical’s most beautiful and memorable numbers — “Muddy Water” and “River in the Rain.” More tears from this theater-goer.

Their quick departure all happens so fast that Huck does not have time to reflect much on the consequences of his actions. After all, helping a slave escape is not only illegal, but, in essence, stealing. He will have to reckon with that later.

For Huck and Jim, the mighty Mississippi is freedom. But for others it means just the opposite. In the novel, as they are floating downstream on their raft, a boat passes them going in the opposite direction, filled with runaway slaves who have been recaptured and who are being returned to their owners. In the musical, the slaves are being marched on land, and Huck and Jim can hear them from their raft and they are singing a gospel song, “The Crossing.”

Another departure from the novel comes in Act Two, when Huck mocks Jim and plays a cruel practical joke on him by pretending to be a slave hunter. In the novel Huck does play a trick on Jim, but it is much less nasty. Yet the effect is the same: Huck sees that he has hurt Jim’s feelings and feels he must apologize. This is a pivotal moment for Huck, because it is at this point that he sees Jim’s humanity. And it sets up yet another beautiful song, “Worlds Apart” — a song that in my view features lyrics that are just as relevant in today’s partisan political climate as they would have been a century and a half ago.

There’s more. The king and the duke, played by the excellent David Pittu and Christopher Sieber, close Act One with a rip-roaring “When the Sun Goes Down in the South” and open Act Two with a thoroughly entertaining “The Royal Nonesuch.” Lauren Worsham as Mary Jane Wilkes uses her pitch-perfect vocal instrument on two consecutive numbers, “You Oughta Be Here With Me” and “Leavin’s Not the Only Way to Go,” the latter performed with Huck and Jim. Again, more tears. Both songs are pure country, and in my view they rank right up there with the very best ballads of the genre. Wayne Duvall, as Pap Finn, goes on a drunken tea-party rant in the song “Guv’ment,” and ensemble member Katherine A. Guy brings down the rafters with her gospel number, “How Blest We Are.” 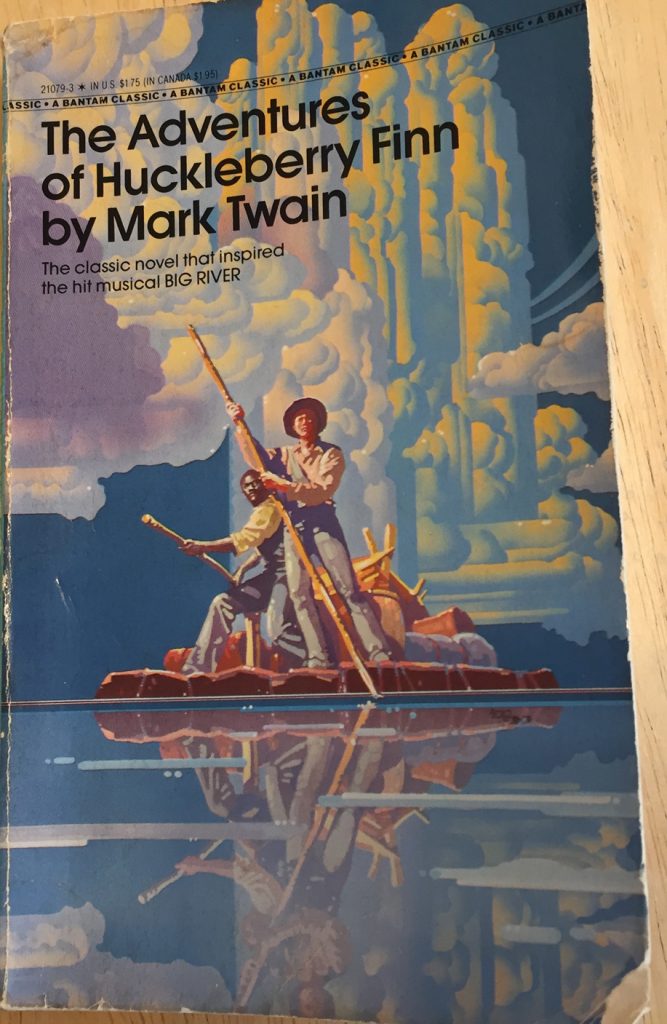 And now for Huck’s reckoning. In the novel, the climax, the punch line of the whole thing, comes in chapter 31. The king and the duke have sold Jim for $40, and now Huck has no choice but to really think about what he has done. This is the pre-Civil War South, and in his 13-year-old brain, Huck thinks that he has sinned. Damnation will follow unless he turns away from his wickedness. But he can’t quite pray because he realizes he is “not square.” So he writes a letter to Miss Watson telling her where Jim is. But this does not bring him peace either, because he cannot turn against Jim. He says aloud, “All right then — I’ll go to hell,” and rips up the letter. He’s decided that he is going to help Jim, even though it means he is headed for the “bad place,” as Miss Watson would say. He does the same on stage, just before launching into a reprise of “Waitin’ for the Light to Shine,” but this time he sings with even more power, more feeling, and more energy than before. This is followed by the 11 o’clock number, “Free at Last,” sung in a muscular voice by Kyle Scatliffe’s Jim, which is the emotional high point of the evening. I can’t stop the tears now. They are streaming down my face, and I don’t care if anyone sees.

The review in the New York Times called this production “ill timed” and said it had “little room for feeling or emotion.” Huh? And the reviewer lamented the use of the n-word in both the novel and the musical as a “racial slur.” Oh come on. “Huckleberry Finn” is arguably the most anti-racist story every written.

Sure, the production itself was not without flaws. Throughout the show both nights, it seemed to me that there was something wrong with the amplification. At times the volume level sounded like it was going up and down in the middle of various songs. Also a problem for me: More than once the singers could have put more oomph into it. In fact, I wanted to yell out from my seat, “Sing out, Louise!” to some of the chorus members on stage in Act 1 during “The Boys.”

It also seemed to me that at times some of the transitions between the spoken-word portions of the work and the musical numbers and back again were choppy. “Huckleberry Finn” is a sprawling tale, and by necessity large portions of the Twain saga were considerably condensed or eliminated entirely.

But these are minor issues, as the songs themselves said more than anything else. And for sheer depth of feeling conveyed by the actors for their characters and the classic book they inhabit, I can’t think of a much more powerful theater experience.

These Encores! productions only run for a week, so if you missed this one I am sorry for you. But you might look up the original Broadway cast recording on iTunes, as I did. As I mentioned, these songs are really worthwhile. The original Broadway staging of “Big River” won a well-deserved Tony for best musical back in 1985, and you can do a YouTube search for the two numbers that the original cast performed on the televised broadcast back then. And of course there’s the book itself. It is always worth reading, or reading again— or even reading a third time.