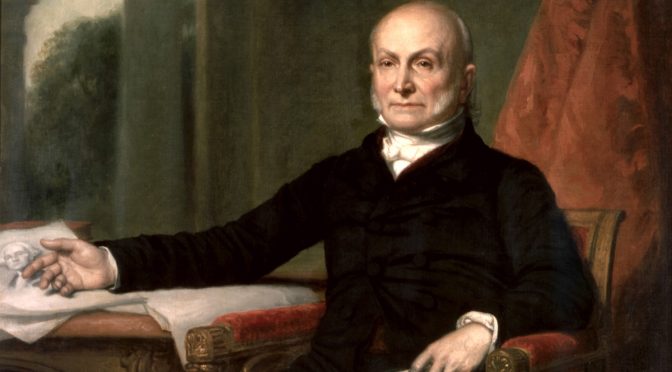 In the presidential election of 1824 it was a four-way contest. Andrew Jackson won the popular vote, but none of the candidates had a majority of the electoral votes, thus tossing the election to the House of Representatives to decide. After John Quincy Adams met with Henry Clay, Clay threw his support to Quincy Adams, who became the sixth president. He subsequently appointed Clay Secretary of State, and the whole affair came to be known as the “Corrupt Bargain.” (There is a song about this in the 2010 Broadway musical “Bloody Bloody Andrew Jackson.”)

As a president, John Quincy Adams did not amount to much. He lacked the support of Congress and of the American people, and he was soundly defeated four years later by Jackson. But it was what John Quincy Adams did BEFORE and AFTER his presidency that really mattered. His true calling was as a diplomat and statesman.

He was only 12 years old when his father took him to France during the American Revolution, and he subsequently traveled to Russia, Finland, Sweden, Denmark and England. He was fluent in French, Dutch and German, and as a student he mastered Latin and Greek. George Washington appointed him minister to the Netherlands, and he later became a Senator representing Massachusetts. As Secretary of State under Monroe, he secured more territory for the United States, negotiating with France, England, Spain and Russia.

After his presidency, he was elected nine times to the House of Representatives from his home district in Massachusetts, and he became an outspoken abolitionist. He clashed with the racist southern Democrats, who tried unsuccessfully to shut him up with a “gag rule.” He spearheaded the founding of the Smithsonian Institution. He pushed for more roads, canals and bridges. He encouraged science and advocated observatories for the study of astronomy. Arguing before the Supreme Court, he secured the freedom of African slaves who had revolted aboard the Spanish ship Amistad. He attended every session of Congress. When he was 80 years old, he collapsed on the floor of the House during an important vote and he died right in the Capitol building.

He also went swimming, naked, in the Potomac almost every day, and he wrote poetry and kept an extensive diary. He was the first president to be photographed. In that last session of Congress he also met and served alongside a young Abraham Lincoln, who had just been elected from Illinois. 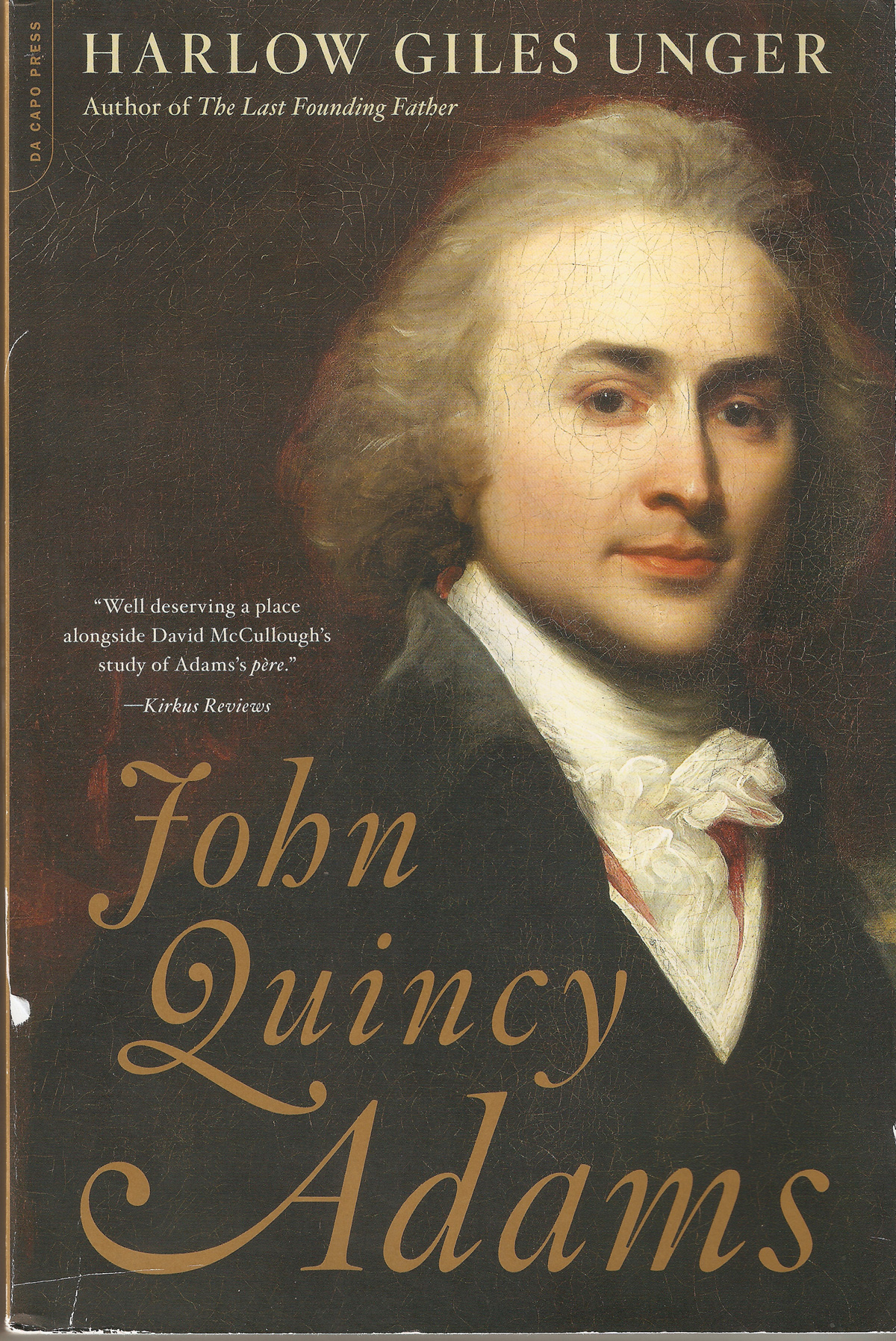 As presidential biographies go, I found this book by Harlow Giles Unger to be well written and quite a page-turner. Having just read several other much longer biographies of his predecessors, I did notice a few spots where the author glossed over things or inadequately explained stuff, but what the book lacked in long-winded scholarship it more than made up for in heart.

The last few pages brought me to tears. It’s hard to imagine our country becoming great without the lifelong service offered by John Quincy Adams.