Grover Cleveland — the 22nd and 24th President of the United States — had a meteoric rise. He was elected Mayor of Buffalo in 1881, and one year later he was elected Governor of New York. Just two years after that, in 1884, he was elected president, defeating the Republican James G. Blaine. Four years later, in 1888, Cleveland lost his re-election bid to Benjamin Harrison despite having won the popular vote. Four years after that, in 1892, he defeated Harrison and returned to power. Four years later, in 1896, he failed to receive the nomination of his party, and he retired from public office. 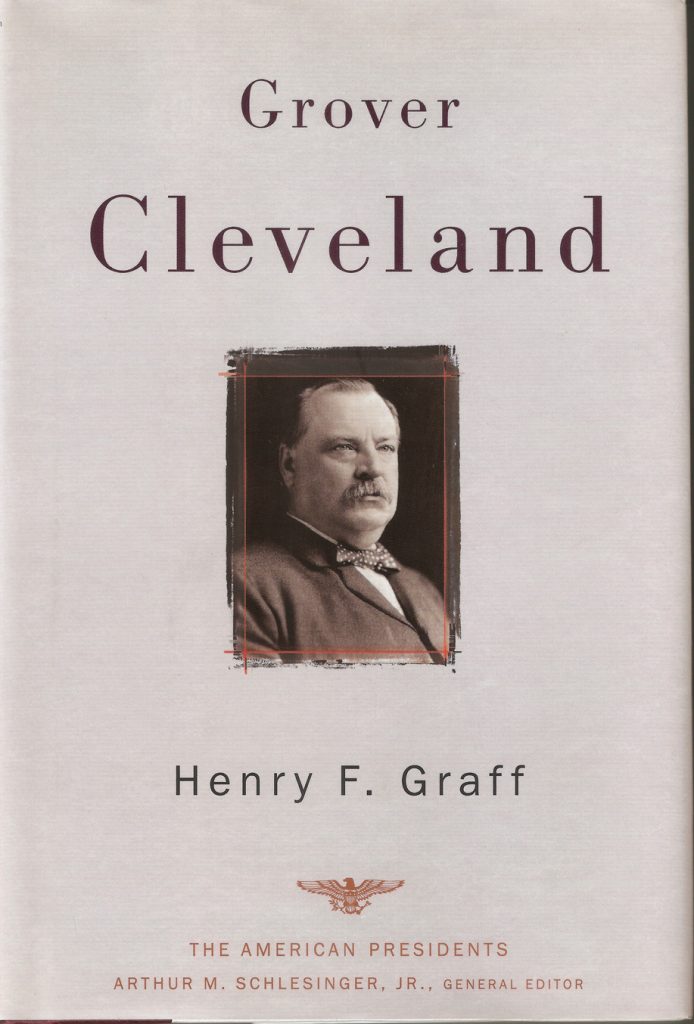 Cleveland was the fourth president to come from New York State and the second from Buffalo. He is one of only two Democrats, along with Woodrow Wilson, to serve as President in the post-Civil War era. He was the only president to serve two non-consecutive terms.

Cleveland was known for his honest integrity while in office. He was a hard worker and did a lot of paperwork. Politically, he believed in small government and was opposed to imperialist expansionism. He was opposed to tariffs and favored the gold standard over silver. He is sometimes referred to as a “Bourbon Democrat.”

He was a bachelor when he was first elected President, and during his first term he married a much younger woman, whose first name was Frank, who went by Frances. She was the daughter of a deceased friend. They were married in the White House and they went on to have a batch of children. One of them, a daughter, Ruth, died, and many years later the candy bar Baby Ruth was named after her!

Physically, Cleveland was tall and heavy. He got even heavier after he became president. He had a moustache but no beard. Later in life he suffered health problems, including gout. While he was president he developed oral cancer, and he was operated on in secret aboard a ship.

During his second term the economy crashed, and he lost popularity. After he left office, his reputation rebounded. After his presidency, Cleveland and his family moved to New Jersey, and he became a trustee at Princeton University. He also did work for the insurance industry. He died of a heart attack in 1908 at age 71.

Here are some additional facts about Grover Cleveland:

As presidential biographies go, I found “Grover Cleveland” by Henry F. Graff, part of the American Presidents Series, to be a little on the skimpy side. The book covered all the basics, but not much more. There was almost nothing about his family life, or his children. This was not my first choice for a presidential biography of Cleveland. I wanted to get “Grover Cleveland: A Study in Character” by Alyn Brodsky, but sadly I could not find an affordable new copy online, and the title was not available at Barnes and Noble nor at The Strand. So I went with this American Presidents Series book, which was quick and easy. What I liked best about Graff’s book was its excellent descriptions of the Democratic and Republican nominating conventions of 1884, 1888 and 1892.