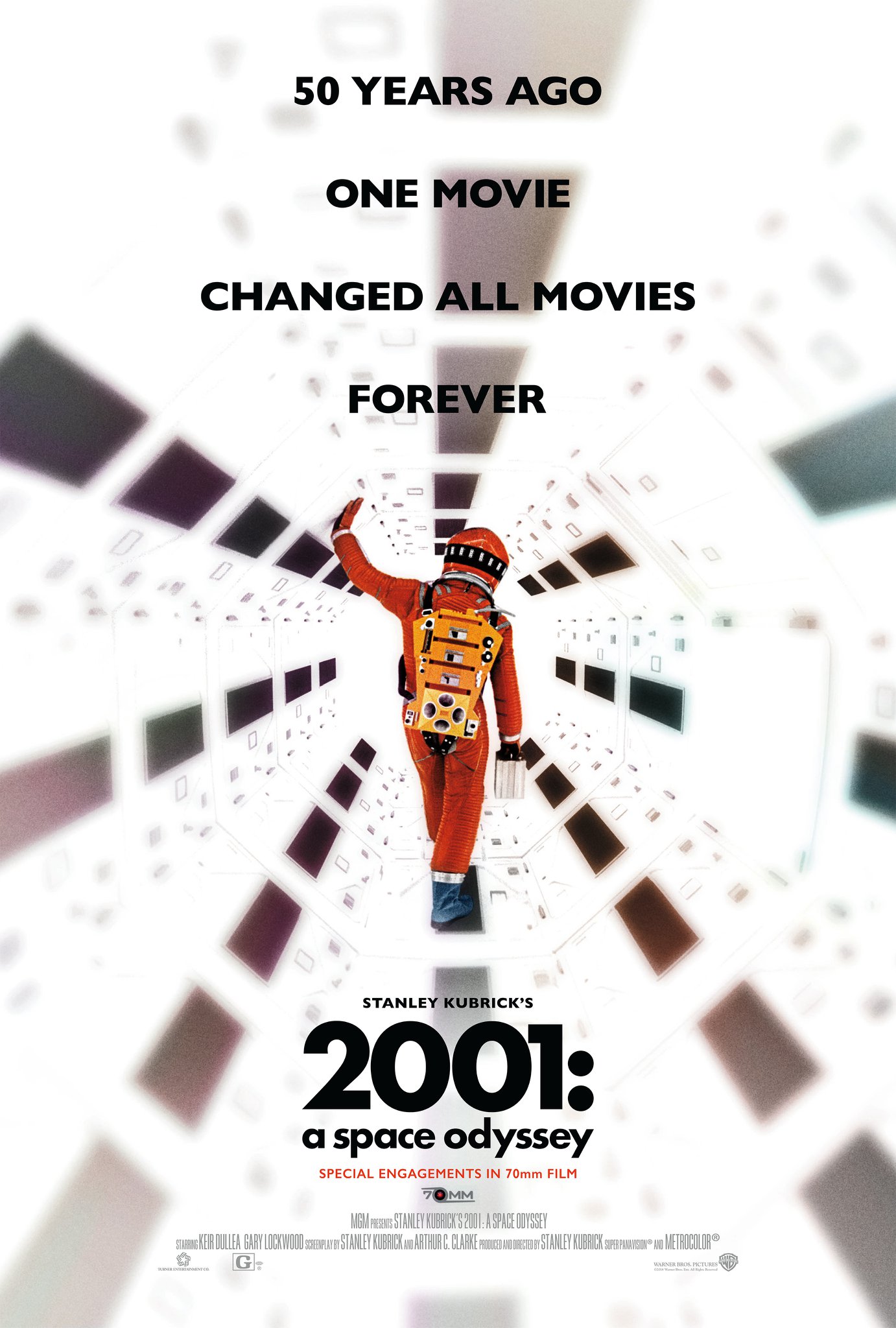 It’s hard to believe this film came out in 1968, which is a year before the first moon landing and nine years before Star Wars. I had the great pleasure of seeing the special 50th anniversary screening yesterday with Alan Treiber in the original 70mm, down at Village East, in Auditorium 1. We got there 45 minutes early and the place was already starting to fill up with (mostly) nerds like ourselves. What an experience.

Before it started the projectionist appeared and made an announcement, that it would start with music, then the film would start, followed by an intermission, then more music and the conclusion of the film. This is the way audiences would have experienced it.

Again I cannot get over what seeing this when it first came out would have been like in a world before space travel had become a reality, before cellphones and iPads, before cable TV. I had never seen this before in a movie theater, and I am so glad I did. Thank you Alan!