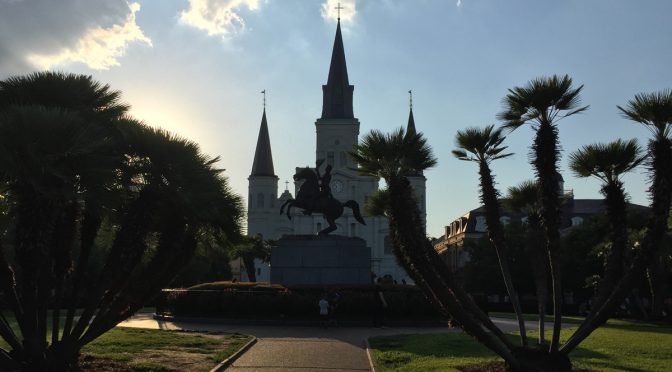 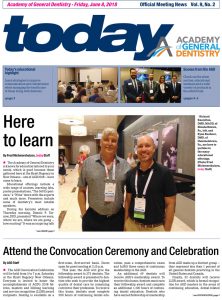 I just got back from the annual meeting of the Academy of General Dentistry, which was held this year in New Orleans. Dental Tribune published two editions of our at-show newspaper, “today,” at the event. One issue was done in advance, and the other on-site. I photographed many of the meeting’s participants, including a couple of DMDs from Pennsylvania, pictured above, and also on the cover of the live issue, shown here. If you click on the image of the “today” cover it will open up as a PDF via Dropbox.

My article from the meeting is posted to the Dental Tribune site here.

The meeting was held at the Hyatt Regency. We stayed in a trendy new hotel in the warehouse district, and I walked to the meeting each day through Lafayette Square, which is named for the Revolutionary War hero Lafayette but has a statue of Henry Clay in the center. (I got terribly confused by this.) Also in Lafayette Square there is a much less impressive statue of Benjamin Franklin. After the meeting I also walked around in the French Quarter and Jackson Square. It’s nice to tack on a bit of sightseeing on these work trips.