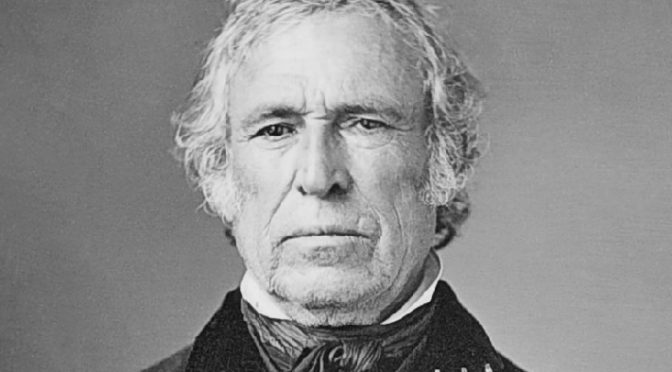 Zachary Taylor was the 12th President of the United States. He was the fourth who had served as a general, the third to belong to the Whig Party, and he was the second to die in office. It was from cholera, after he drank some suspicious milk and ate a bowl of cherries. Ya gotta be more careful in the hot summer months in Washington, DC, a city that had open sewers at the time. 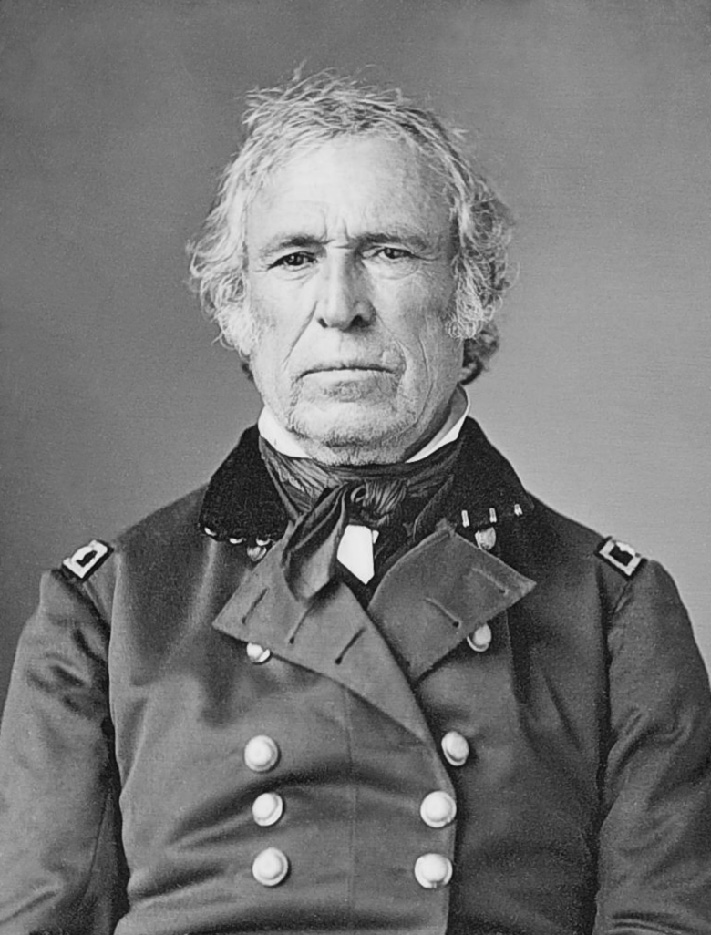 The son of a Revolutionary War veteran, Zachary Taylor was born and raised in Kentucky, then later moved to Louisiana. He owned plantations, and he owned slaves. Yet despite his being from the South, he actually sided more with the North when disputes arose over whether or not the new states and territories in the West would be slave or free. Taylor was a unionist, and he vigorously opposed anyone from the Soutth who even so much as hinted at secession. Good for him.

Before becoming president, Taylor had a long career in the Army. He fought in the War of 1812 and in the Mexican-American War, and he also fought the Indians in the Black Hawk War in Illinois and the Second Seminole War in Florida. He was not considered a great general, but he did become famous as one. His nickname was “Old Rough and Ready.” This helped get him elected in 1848. He ran against Lewis Cass, a Democrat from Michigan. He had not been elected to anything before becoming president, and he did not have very good political skills. His presidency lasted only a year and change.

Some fun facts about Zachary Taylor: 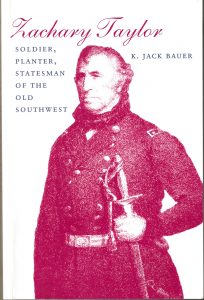 I found “Zachary Taylor: Soldier, Planter, Statesman of the Old Southwest” by K. Jack Bauer to be a bit tedious. It was indeed a well-researched book, with plenty of footnotes and maps, and I found the analysis was solid and thoughtful. Yet for some reason I just did not enjoy this, the way I have eagerly devoured so many other presidential biographies I have been reading. (In my opinion the choice of a cover picture is atrocious, the worst I have ever seen.) And unfortunately, despite the author’s careful gathering of all the available facts, I felt I just could not really figure Taylor out by reading this. But I don’t think the author could either, as he summed it up well with the last line of his book: “He was and remains an enigma.”