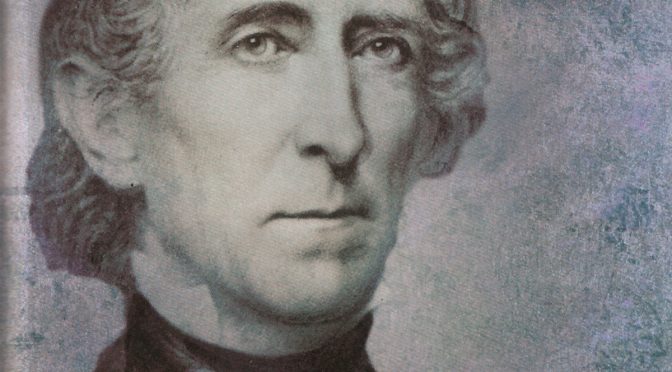 Like Barbra Streisand and Pete Townsend, the 10th President had a large, prominent nose.

He fathered 15 children with two different wives. His first wife, Letitia Tyler, popped out eight children and then died, making Tyler a widower. She was the first first lady to die while her husband was in office.

While he was still president, at age 53, John Tyler married again, to a wealthy 24-year-old named Julia Gardiner. Yes, she was just 24! They remained happily married long after his presidency and she popped out seven children. Julia Gardiner Tyler came from a rich family and was a society girl. She hired a publicist who named her “The Lovely Lady Presidentress” in newspaper articles, a title that did not stick.

Tyler survived a ghastly cannon fire disaster aboard a brand new Navy battleship in which his Secretary of State, his Secretary of the Navy, and several other dignitaries were killed. Julia’s father was also killed, and Tyler carried her off the boat in his arms after she fainted.

Tyler was elected vice president under William Henry Harrison (aka Old Tippecanoe; their campaign slogan had been “Tippecanoe and Tyler too”) but Harrison died after a month in office. A president had never died in office before, and the line of succession under the constitution wasn’t considered entirely clear on what to do. Tyler fought those who wanted to refer to him as “acting president” and took control of the federal government and the Cabinet, and took the presidential oath of office, setting a precedent for the smooth and orderly transition of power. 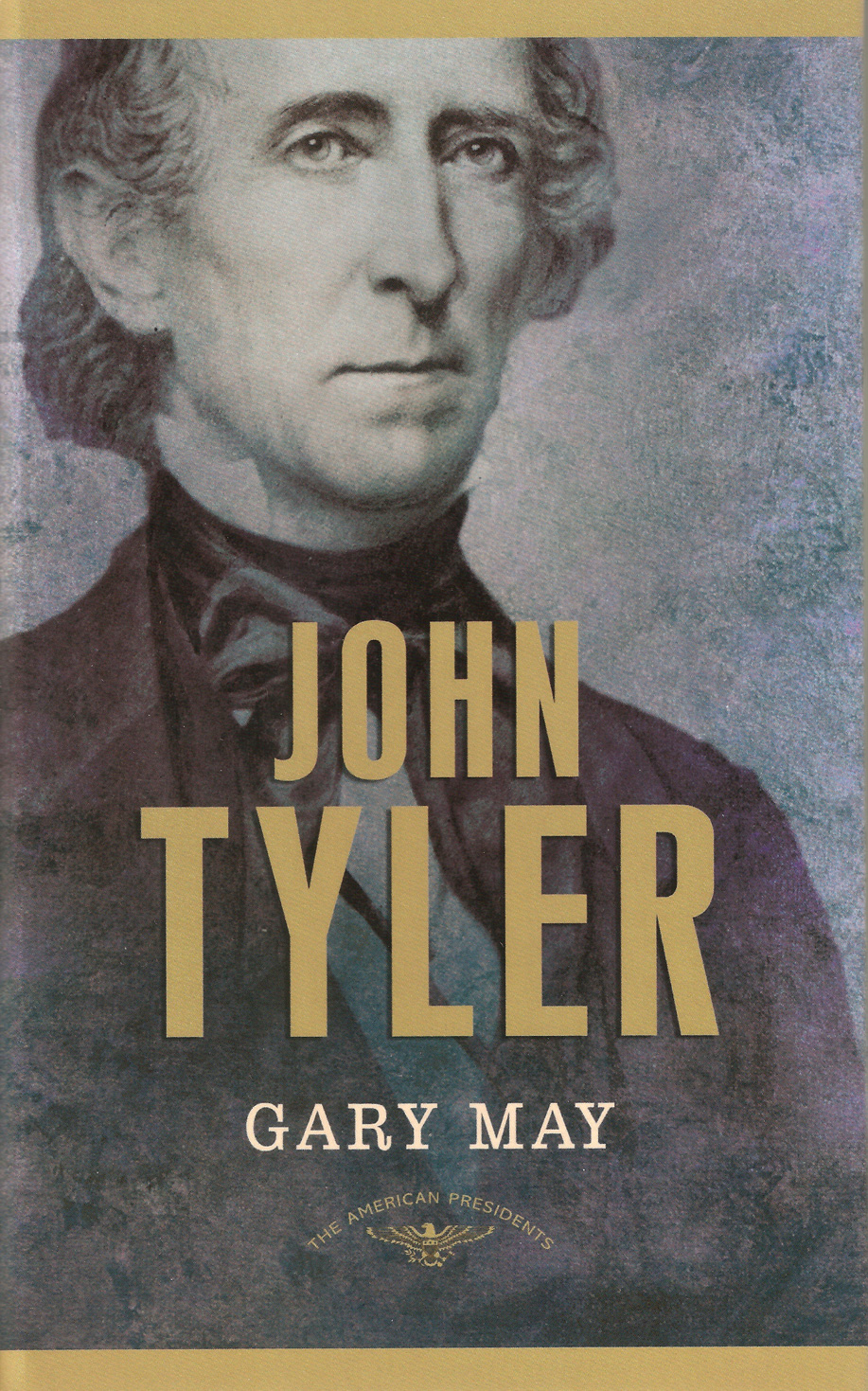 As president, Tyler successfully negotiated a dispute with Great Britain over the border between Maine and Canada. He opened up trade channels with China. He strengthened the Navy. He fought hard to annex Texas, which had recently declared independence from Mexico, and he finally accomplished that just days before he left office. He clashed with the powerful Senator Henry Clay.

Tyler issued tons of vetoes, and that caused many in Congress to hate him. He was burned in effigy, there was a move to impeach him, and his political opponents labeled him “His Accidency.” In an act of defiance, his entire Cabinet save one resigned on the same day. He had been elected on the Whig ticket, but when he did not go along with what the party wanted the Whigs expelled him. In the election of 1844 he tried running under his own party but it was futile. He later dropped out of the race and threw his support to Polk, largely to prevent Clay, whom he loathed, from getting elected.

Earlier in his career, Tyler had served in the Virginia state legislature and as governor of Virginia, and he served in the U.S. House of Representatives and the U.S. Senate.

John Tyler, the nation’s 10th president, was not the first nor would he be the last to own slaves. Like many of the late 18th and early 19th Century presidents, Tyler was born into a slave society, an economy that was dependent upon forced, unpaid labor. Most of our early presidents knew that this system was unsustainable, and most also realized that the divisions between north and south over the institution would ultimately lead to civil war. Tyler, sadly, toward the end of his life, betrayed the constitution he had sworn to uphold and died on the wrong side of history. Less than two years before his death, the aged former president participated in a peace commission to avert conflict, but he ultimately sided with Virginia in seceding from the union. He was then elected to the House of Representatives — for the Confederacy. This was long after he had left the White House and just months before he died. His coffin was draped in the Confederate flag. In my view he died a traitor to the United States, which taints his what he accomplished as president. This is sad, because his accomplishments were not minor.

As presidential biographies go, I found Gary May’s “John Tyler,” part of the American Presidents Series, to be adequate. It was a short book about someone who is today a mostly forgotten president, but I sure learned a lot.